Treble for Lyons as Red Strikes on stable debut 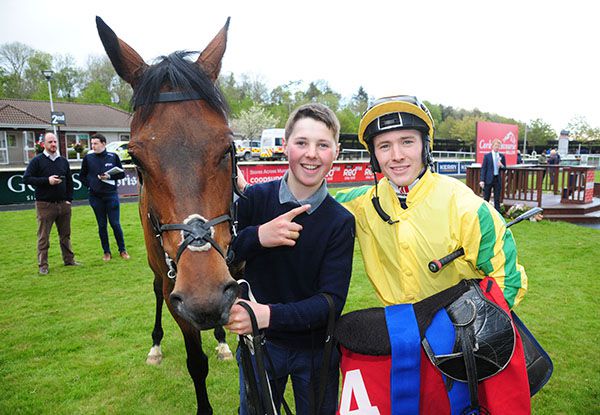 Red Striker completed a treble for Ger Lyons at Cork this evening when claiming the Dar Golf Construction Handicap.

Colin Keane, recording a double himself, produced his mount to challenge travelling well two furlongs out and drove him into the lead over a furlong from home.

The Sea The Stars gelding was always doing enough in the closing stages and held the late charge of Rips Dream by a neck.

The winner was the latest in a string of successful purchases from England by owner David Spratt.

Shane Lyons said:- "Today was genuinely only a fact-finding day. He's done a few pieces of work but we're only learning about him like everyone else.

"Colin said they went no gallop, which, in hindsight, wouldn't have suited him but he liked the ground, which is a positive.

“We thought at home that a mile and two furlongs is no problem to him, I'd say in time when we step him up into a higher grade of a race and they go a good honest gallop, that might suit him.

"He was honest today and we'll take the positives out of it. Fitness-wise he'll improve - we definitely haven't cooked him - and it was a good day out for him."