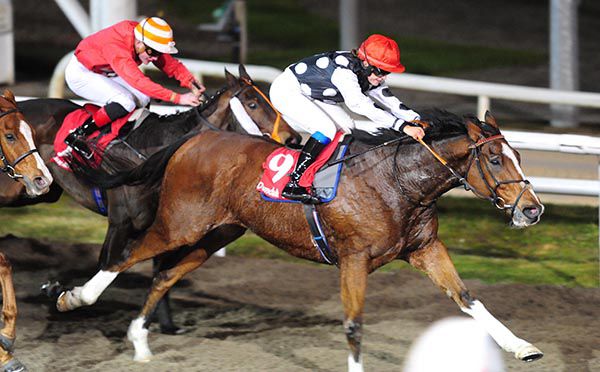 Maye had previously ridden English's stable star Geological to three consecutive wins in October and November and today registered a fourth career winner with Tribal Path, a son of Giant's Causeway which had brief spells with trainers Willie McCreery and John Oxx since his previous win for English in July 2016.

Following today's win English stated “he's been so unlucky all year since we got him back but he's kept running consistently. He just wasn't seeing out the seven so we said we'd try him back over six as he was showing plenty of speed at home.

“Vanessa gave him another peach of a ride, kept in simple. She was taken on the whole way but I thought that would suit him as it would make it a proper test.

“They are in good form. We have eight in for the winter and that's four winners now. If we get another four that would be a good old winter.”