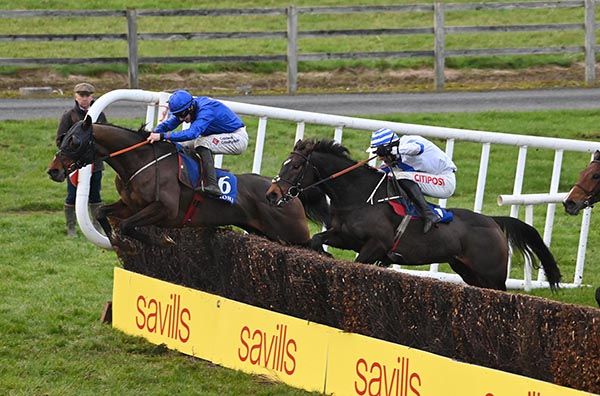 The Imperial Monarch gelding had been knocking on the door, having been placed on his last four outings and went to post 11/8 favourite today to open his 'track' account.

Kennedy settled his mount behind the leaders before angling right going to the second last to make up ground.

The seven-year-old won a point-to-point back in February 2020 and was opening his racecourse account at the 26th attempt. He was making his fourth outing for Elliott.

Kennedy said:- "He is a consistent horse and had been knocking on the door. It's nice for him to get his head in front.

“I think he liked that sort of track today, he went around it well. The bit of hustle and bustle suited him.

"I hadn't much room to go anywhere (at the second last) but like I said, it suited him. I probably would have ended up in front too soon had I got a clear run, so it worked out well."