Walking In Memphis bids to raise spirits at Ballinrobe 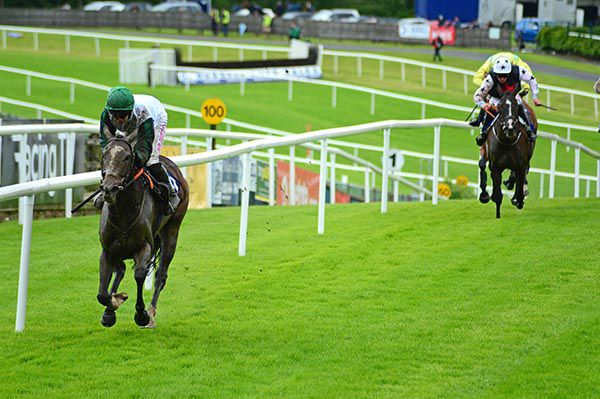 Walking In Memphis may be able to provide another morale boost for Gavin Cromwell's yard in the KPMG Handicap Hurdle at Ballinrobe.

Cromwell's prolific summer of winners continues, at a time when he has however endured the desperate misfortune of losing his Champion Hurdle hero Espoir D'Allen to what proved a fatal, freak injury - suffered when the five-year-old spooked after a routine exercise canter.

Walking In Memphis is a major contender in the 20,000 euro handicap, which is a fine supporting race to the feature Hollymount Nursing Home Chase on Tuesday evening’s card.

Cromwell’s charge ought to go close at least in the two-mile-two-furlong contest, having shown useful recent form at this level.

Walking In Memphis has progressed very well over hurdles of late, and was a solid runner-up at Downpatrick 15 days ago.

The progressive five-year-old faces Ray Hackett’s recent Cork winner Nibblers Charm and Brendan Duke’s Let The Heirs Walk who returned to form on the same card when finishing third this month. Herbiegoesbananas will be a popular choice in the Corrib Oil Handicap Hurdle, on his second start for champion trainer Willie Mullins.

The nine-year-old returned from a two-and-a-half-year absence when a beaten favourite at Downpatrick, but looks sure to be better for that run. Stoneford may be able to win the John Rochford Memorial Beginners Chase.

The Noel Meade-trained gelding has shown useful form at a better level in the past and will relish this two-mile-seven-furlong stamina test.