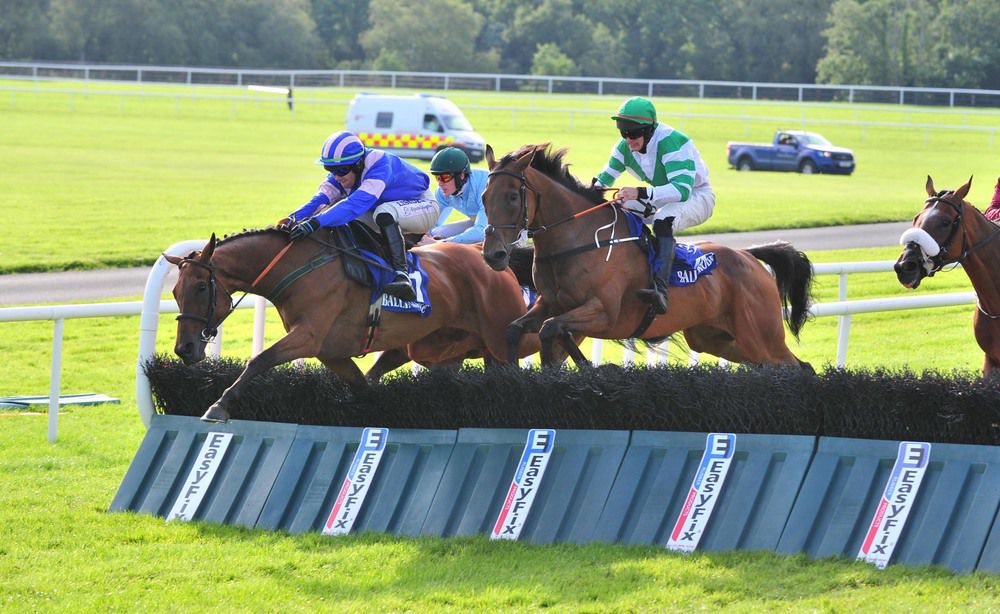 Broder, near side, moves into contention
© Photo Healy Racing

Ambrose McCurtin's mount improved before the last to get on the heels of the leaders.

He got a split between horses entering the straight and led narrowly inside the final furlong. Chaparral Dream on his inner, refused to yield and the pair fought it out with Broder increasing his advantage to half a length close home.

"It took a while for him to find his form this year and he'll probably go to Galway now," John Walsh said.

â€‹"We thought he was a fair horse at one stage and there was probably enough of a cut there for him to show his best."â€‹

The Stewards interviewed A. McCurtin, rider of Broder, concerning his use of the whip in the latter stages of this race. Evidence was heard from the rider concerned. Having viewed a recording of the race and considered the evidence the Stewards were of the opinion that A. McCurtin was in breach of R10(3)(g) by using his whip with excessive frequency. Having taken his previous record into consideration, the Stewards suspended A. McCurtin for two race days.