Wargrave off the mark in style on return 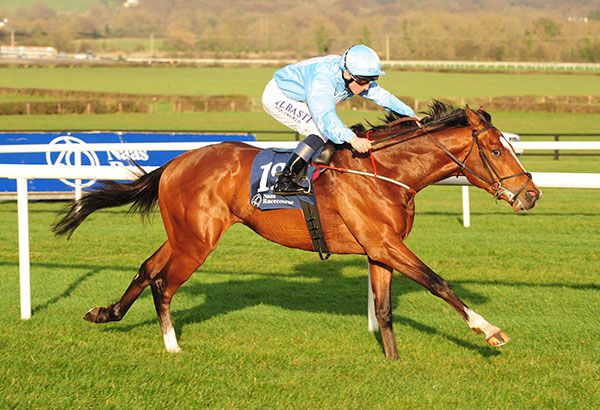 Wargrave made no mistake on his return to action as he made all in the concluding Irish Stallion Farms EBF Maiden at Naas.

The Fozzy Stack-trained colt was placed on four occasions last year, including in Listed company, and opened his account in fine style in the seven-furlong contest.

Chris Hayes was positive on the son of Galileo who went to post a 10/3 shot.

He asked him for an effort over a furlong from home and he galloped on strongly in the closing stages to record a two-and-a-half length win.

25/1 shot Basic Law ran on into second to make a pleasing debut for Ger Lyons.

Stack said:- “He did it well and I suppose he had the form in the book.

“He gets the seven very well so we said we’d make plenty of use of him. Chris said he enjoyed it out in front and did it well.

“We might have a look at the Guineas Trial in Leopardstown. He’s in the German Guineas as well so we’ll have to see how it all ties in. He’s a grand solid horse."

“Hand On Heart ran a cracker (in the Park Express Stakes). A mile on soft ground suits her. We tried stretching her out once or twice but it didn’t really work. That was more like her run today, and it was just a bit annoying that the post came!”