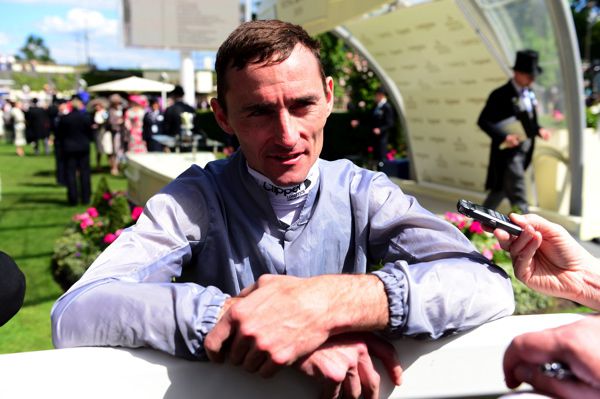 Archie Watson will give Soldier’s Call the opportunity to take advantage of a drop in class in the Friarstown Stud Sapphire Stakes at the Curragh.

The three-year-old son of Showcasing will bid to open his account for this campaign at the third time of asking when he makes his first start in Ireland in the Group Two prize on Sunday week.

After finishing third in Listed contest at York on his seasonal debut, last year’s Windsor Castle Stakes winner filled the same position on his return to the Royal meeting last month in the Group One King’s Stand Stakes.

Watson said: “Soldier’s Call is going to go for the Sapphire Stakes at the Curragh on the 21st of this month. I’m hopeful that, somewhere along the line, he will bag one of these big races.

“He was giving weight away to a subsequent Listed winner (Shades Of Blue) and a Group Three-placed horse (Garrus) at York.”

Watson was also encouraged by the front-runner’s effort in defeat at Royal Ascot last month.

The Lambourn trainer added: “He hit the lids well at Ascot, and I thought he ran a huge race from the front to finish third in the King’s Stand behind two very good horses in Blue Point and Battaash — because he came back to fight off Mabs Cross for third.

“It was a very solid performance, and he is running every bit as well as last year — there is no doubt he has trained on.”