Well-backed Charle gets Shanahan off the mark 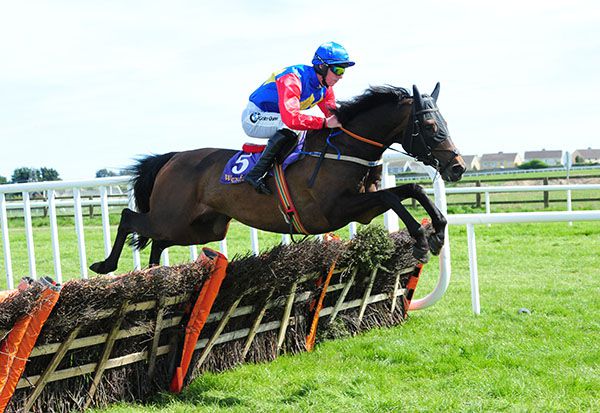 Charle Brune ran out a very easy winner of the Loch Garman Handicap Hurdle, providing his Tipperary based trainer/owner Tom Shanahan with his first track success.

Available at 50/1 in early shows, the French bred gelding came in for plenty of market support, touching 12s on-course before going off a 10/1 chance.

Sent to the front after the second, the six-year-old son of Myboycharlie went clear from the sixth, and never saw another rival, coming home twenty-three lengths to the good under Donagh Meyler.

The thirteen-year-old Soul Season (6/1) came through to take second under James O'Sullivan for Thomas James, while the Denis Hogan trained Zayriyan who was returned the 5/1 favourite, was another two lengths back in third.

Shanahan, who trains near Horse & Jockey, said: "He was always free and we could never settle him. We hunted him there in the spring and decided to jump him out in front today and see what would happen. I didn't think he would stay going.

"He is entered again at Tipperary tomorrow and we'll see how he is in the morning. He is hardy horse and the penny might drop with him if we run him again tomorrow.

"We only have a couple of horses. We won a point-to-point with Huntsman Son and he has since won three races in England and was ninth in Cheltenham at the Festival."