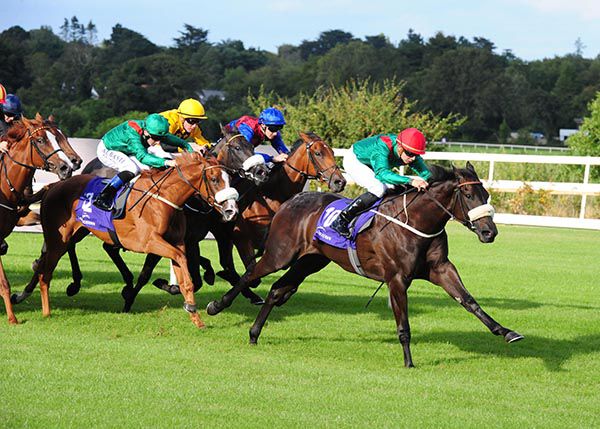 There was a one-two for the Aga Khan in the 2-y-o Fillies’ Maiden at Leopardstown as the well-backed Ridenza (available at 8/1 in the morning, 7/2 into 9/4 on track) made a taking debut for Michael Halford and Ronan Whelan, scoring by a length and a half from Dermot Weld’s Tasalka (6/1) with the 13/8 favourite Mythic in third another head away.

Even though the runner-up didn’t have a clear run in the straight, there was no denying the authority of the winner’s victory, as she came from fifth turning in to lead inside the final furlong and had a bit in hand at the line.

A daughter of Sea The Stars and the stable’s Debutante Stakes winner Raydara, the winner could be an exciting prospect as the winning trainer Halford outlined: “She's a smart filly. She's a very well bred filly and she's always shown plenty at home.

“We were just biding our time and letting her come to herself. It was just lovely to get her started. She'll step up in trip no bother.

“She's out of a very good mare and she's by a top stallion so it's no surprise.

“She holds plenty of good entries and we'll see how she comes out of that.

“The Debutante, that her mother won, might come up a shade quick for her. I couldn't get her out any earlier. She's in the Moyglare and we have plenty of options for her.

“She's going to go further and she has a big engine. She still has a bit of growing to do, she was quite green so hopefully there is more to come.”