What a difference a day makes for Summer Hill 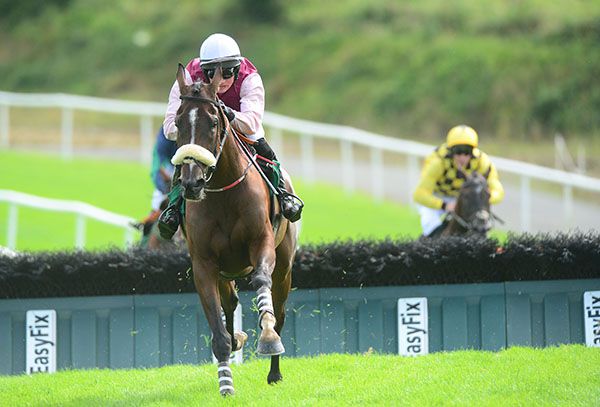 Summer Hill was pulled up in Kilbeggan on Saturday night but made no mistake when sent north for the extended two mile five maiden hurdle in Downpatrick.

Hugh Morgan came in for the winning ride for Liam Quinlan who was ill.

The six-year-old gelding was steered into the lead by Morgan at the fifth flight and soon moved clear.

He increased his advantage after the penultimate hurdle and sauntered in by 17 lengths at 13/8. Balgowlah (8/1) came in second for local trainer Colin McBratney with Three Is Company a further 12 lengths adrift in third at 12/1.

Trainer John Ryan said: "He didn't handle the track at all last night in Kilbeggan - he would have won if he handled it.

"It was freakish in Kilbeggan, he just didn't handle it.

"I pulled him out this morning and gave him a canter and a pop over a hurdle and he looked good.

"Liam Quinlan is a wonderful young man and it is unfortunate he is missing today and tomorrow. He has done a lot of schooling work on him.

"He's a proper horse - he's from the Shuil (Sharp) family and they have to be six (years old). He's a big, long Scorpion and needs time.