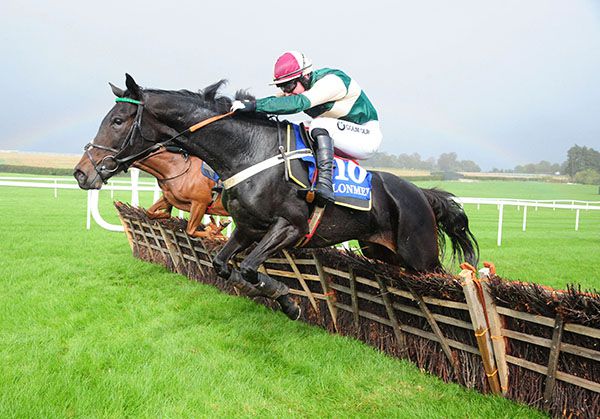 Whatucallher a model of consistency in ten previous starts, gained a vital winning bracket in the Kilsheelan (Mares) Maiden Hurdle at Clonmel.

The Edward Harty-trained daughter of Robin Des Champs was well-backed throughout the day and sent off the 11/8 favourite against 15 rivals.

She tracked the front-running My Midnight for much of this 2m4f event, although favourite backers must have been a little concerned as Donagh Meyler got to work early in the straight.

However, his mount found plenty and, after striking the front at the final flight, stretched clear to score by three and a quarter lengths.

My Midnight could find no extra on the run-in with Caddy Shack all of 16 lengths further away in third.

Meyler said, "She had a couple of good runs and had a good run in Listowel when it was plenty short for her.

"Stepping up in trip suited her down to the ground and it was great it worked out and is great for connections.

"She was off the bridle plenty early but as soon as I rode away on her I was confident I was always going to get there."