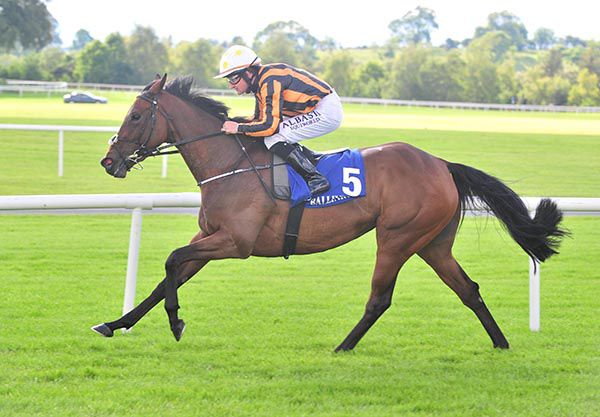 As the betting suggested the 4-runner Irish Stallion Farms EBF Maiden proved well within the compass of Xcite (4/6 into 1/2) at Ballinrobe.

Bred by Frank Dunne and owned by his partner Ann Marshall, Kingman filly Xcite is trained by Jessica Harrington and she was having her fourth outing here.

In the hands of Shane Foley the three-year-old took over from front runner Hereia two furlongs out.

She was soon in control, easily triumphing by four and a half lengths from her aforementioned rival.

"We are delighted with her and she deserved that win. She is a big filly and is just starting to fill her frame," said Mrs Harrington's daughter Kate.

"Hopefully it's onwards and upwards with her. She might go for a handicap now.

"She has a beautiful page and is only improving. It would be lovely to get a bit of blacktype with her."