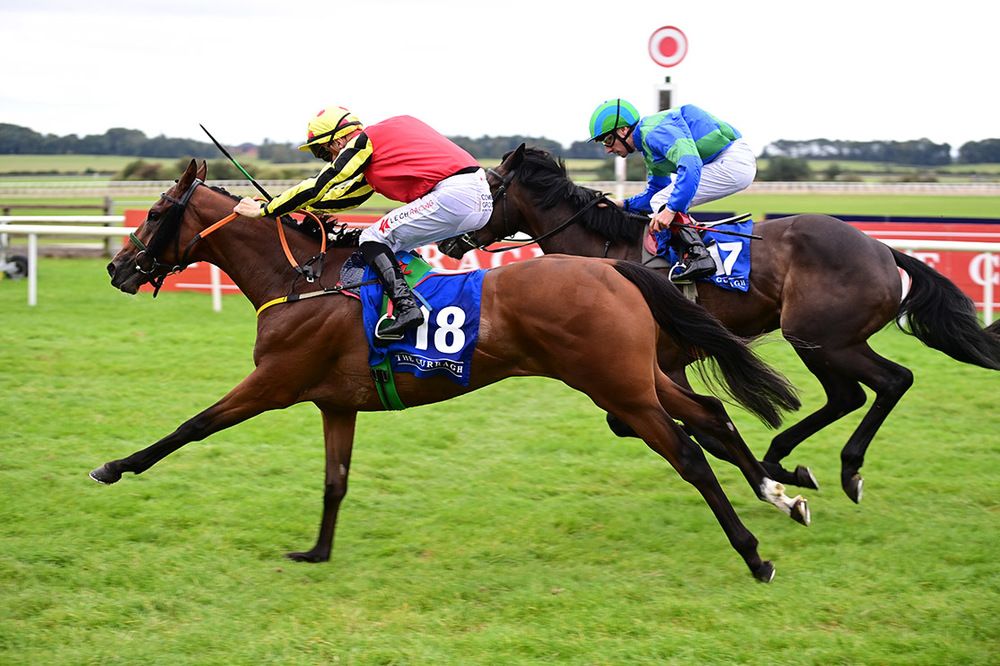 Zoffman gets there
© Photo Healy Racing

The 77-rated gelding had plenty of horses in front of him three furlongs out but stayed on well down the stands’ side to defeat newcomer Rare Middleton by half a length. Hibernia Oppositus was a length and a half further back in third.

Wiining trainer Noel Meade said: “We’ve realised now that he wants an ease in the ground and a mile and a quarter or even a mile and a half.

“I schooled him over hurdles after his second last run and I’d say it has done him good.

“Dylan gave him a good ride and he said they went too quick. He really quickened up for him.

“He’s very small so I’d imagine he’ll stay on the Flat and will go in a handicap somewhere this backend.”