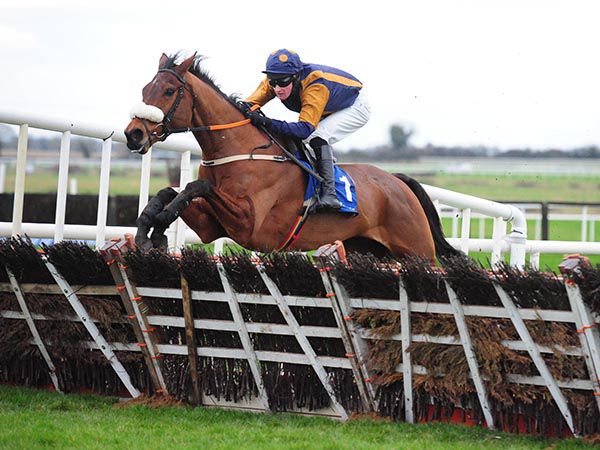 The two and a half miles event was for horses who had run at least three times but had not previously finished in the first three, and the son Of Doyen went off a well-backed 11/8 favourite having shown definite promise in a number of big field maiden hurdles.

Barry Browne’s mount led early in the straight and, after quickly settling the issue between the final two flights, came home an easy nine lengths victor.

Castlegrange filled the runner-up spot six and a half lengths ahead of Golden Nomad in third.

McKiernan said, “I'm happy with that and he's improving. He's still a big immature type of horse and not that sure of himself. Today has showed us that the penny is dropping with him at least.

“Before this we weren't sure he knew how to win. Even working at home he'd be going up with horses not as good as himself but was finding it hard to go past them and we were finding it very hard to understand that.

“We changed a few things with him and brought him away from home and it kind of helped him. He has dropped his head a bit to gallop.

“Today though when he was coming to the second last and last, he was on his own, and I was thinking he wasn't learning a lot and would he stand up or fall when he jumps the last. Barry gave him a grand ride and he knows him well of course. It's good to get him there and he should learn a bit from that.

“Mentally and physically he has a good bit of filling out to do. If he stays sound he should be a grand horse jumping fences next season. He's 17-3 so he's big enough.