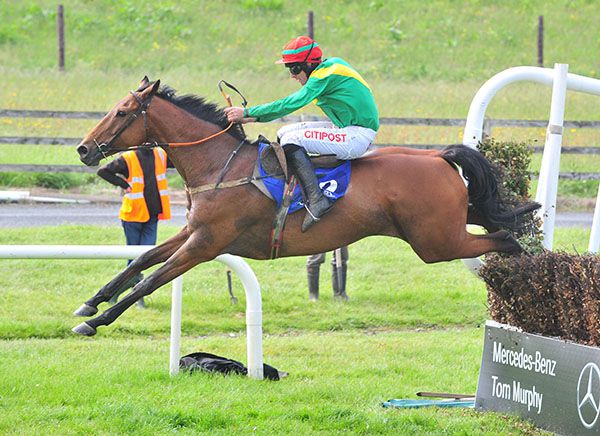 After winning a bumper and a handicap hurdle in his younger days when trained in Scotland, the Gold Well gelding was registering his fifth win over fences for trainer Pat Cloke on his 64th chase start.

His previous win had come off a mark of 108 over two years ago and he was successful here off a rating of 72.

JJ Slevin’s mount was always prominent and took over from Go Battle (9/1)on the run to the final fence.

He flew the last and galloped away to beat that rival by five lengths with the 12-year-old Rolling Revenge (18/1) staying on well from off the pace for third spot.

“He's a decent horse and has form going back a long way," said Slevin.

"Obviously off 72 he was probably always going to be competitive.

“He got the run of the race and it suited him. We got away sharp and got a bit of room for him, he enjoyed himself.

“When he doesn't get hassled he's a better horse and it worked out well, I'm delighted to get the winner.

“He had a high enough rating at one time and is now 72. When things fall his way he's going to be winning off that.”