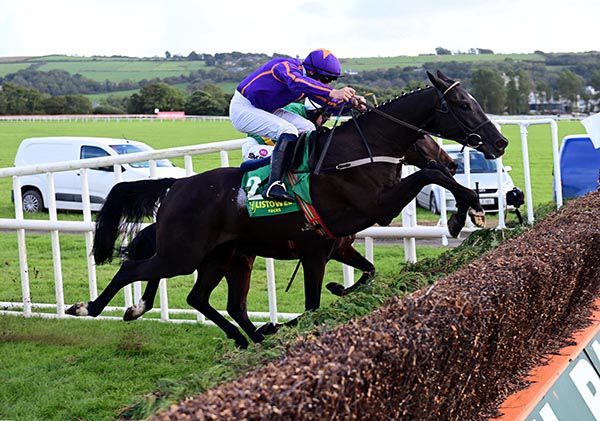 Only three went to post for the Kerry Group Chase but the field was reduced to just two when The Storyteller pulled up quickly before the last fence with a circuit to run.

Ballyoisin took up his customary front-running position in the two-and-a-half mile contest but was pressed for most of the trip by Easy Game.

There was nothing between the pair turning for home and Easy Game just started to edge ahead going to the final fence, where a better jump sealed matters.

The 6/4 shot went on to post a three-and-a-half length win over the even-money favourite.

Easy Game was coming into the race off the back of a cracking run to finish second in the Galway Plate.

"It is Nick's (Peacock, owner) first racemeeting since Cheltenham 2020 and he is delighted to be back,” said Mullins.

"The horse might be improving a bit and we will look at the Grade 2 chase in Gowran, although Royal Rendezvous goes there and we might keep the two of them apart. We'll see what happens and see how he comes out of this race.

"We never thought he was a three-miler but he ran a cracker in the Galway Plate. Maybe he deserves an entry in the Down Royal Champion Chase (over three miles) - it might be a little beyond him but he has handled the ground up there, it can get very lively, so it is a possibility."