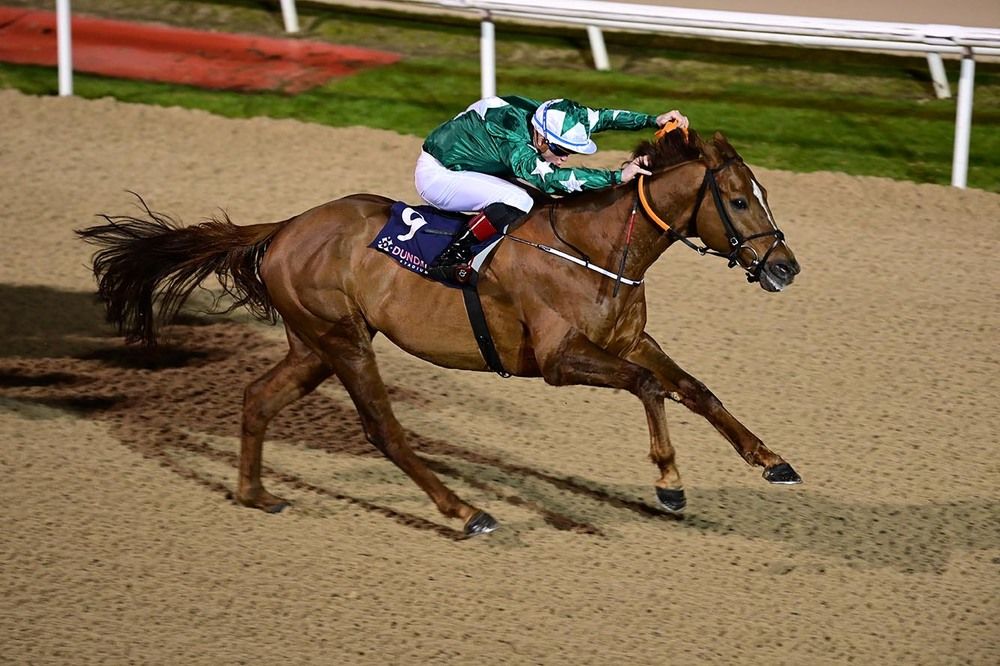 The son of Sea The Stars was amongst Montjeu's trainer John Hammond's final winners before retiring in 2019 and while winless in 15 subsequent starts, finished second on the sand at Laytown on November 1.

Ridden by Sam Ewing today, the four year old raced with the pace throughout, led two furlongs out before staying on well to beat Harriet's Force by a length and a half.

Ewing later commented “we didn’t go much of a gallop. He’s a big striding horse and loves the surface. I was able to travel away in the box seat and he picked up nicely.