Elliott takes the last 2 at Fairyhouse 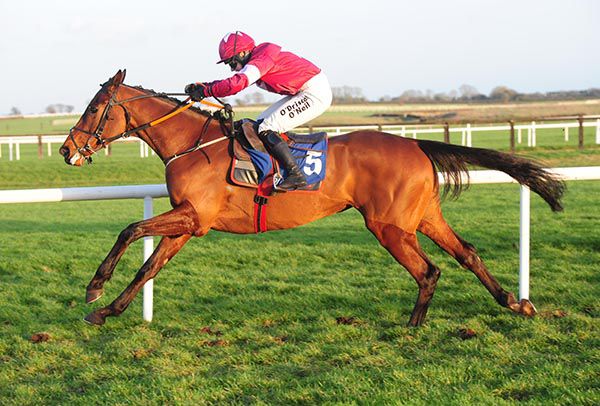 After the drama of the beginners chase Gordon Elliott, trainer of the winner there, Graineyhill, also took the finale at Fairyhouse, the Ian Smith Memorial (Pro/Am) INH Flat Race, with Fury Road (2/5) living up to his billing.

Lisa O'Neill was aboard this point-to-point winner for Gigginstown House Stud, and he left behind an underwhelming debut on the racecourse proper which saw him finish fifth at Leopardstown on St Stephen's Day.

With a tongue-strap added this time, Fury Road asserted a furlong out to see off The Rubinator and Resurrected Duke by seven lengths and eight and a half lengths.

“Lisa said the further he went the better he went. He’ll probably have one more run this season, maybe back here at Easter, and then go over hurdles next season.”

Miss S. Doyle, rider of Swifty Morgan trained by P.M.J.Doyle, reported to the Clerk of Scales that she was unseated from her mount when he accidently clipped a heel and stumbled.