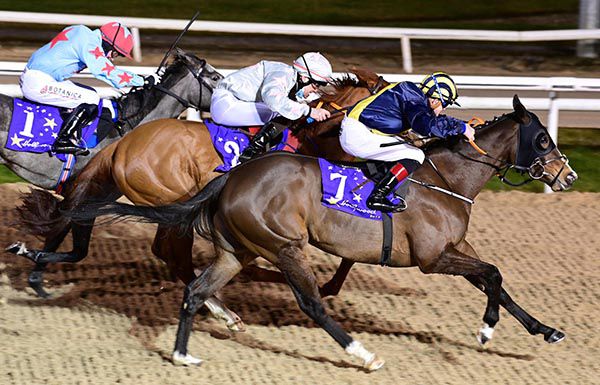 The pair had earlier struck with dual-purpose Glorious Zoff and doubled their score with Catherine Chroi, a daughter of Camacho, who benefitted from the application of first-time blinkers to score a first win at her ninth attempt.

Ewing later commented “it's great to get that for Gordon. He's been very good to me and it's nice to get two for him tonight.

“She's a grand little filly, very genuine, and the blinkers just helped her travel early today. She's won going away at the end.

“It's very windy up the straight there and she's only a little filly. I'm delighted with that.”