Final another front-running success at Roscommon 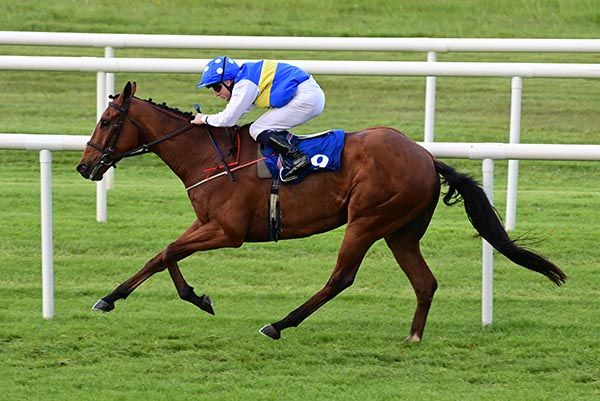 Front-runners made hay at Roscommon tonight and Final Endeavour was another to make all for victory in the finale at the midlands track.

Gavin Ryan soon bagged the lead on the Harry Rogers-trained gelding, in the 47-70 contest over just shy of a mile-and-a-half.

He skipped a few lengths clear with over two furlongs to run and had enough up his sleeve in the closing stages to hold 11/8 favourite Black Hawk Eagle by two-and-a-quarter lengths.

The 12/1 winner (25/1 this morning) has been well held on his return to action at the track a fortnight ago.

Rogers said:- “Gavin gave him a lovely ride. He stacked them up and gave him a breather before quickening it up.

“He’s won on soft ground before and handles it well.

“He’s in a hurdle race at Wexford on Wednesday. I didn’t think he would get in but he has and if the ground is like that then he could take his chance.”