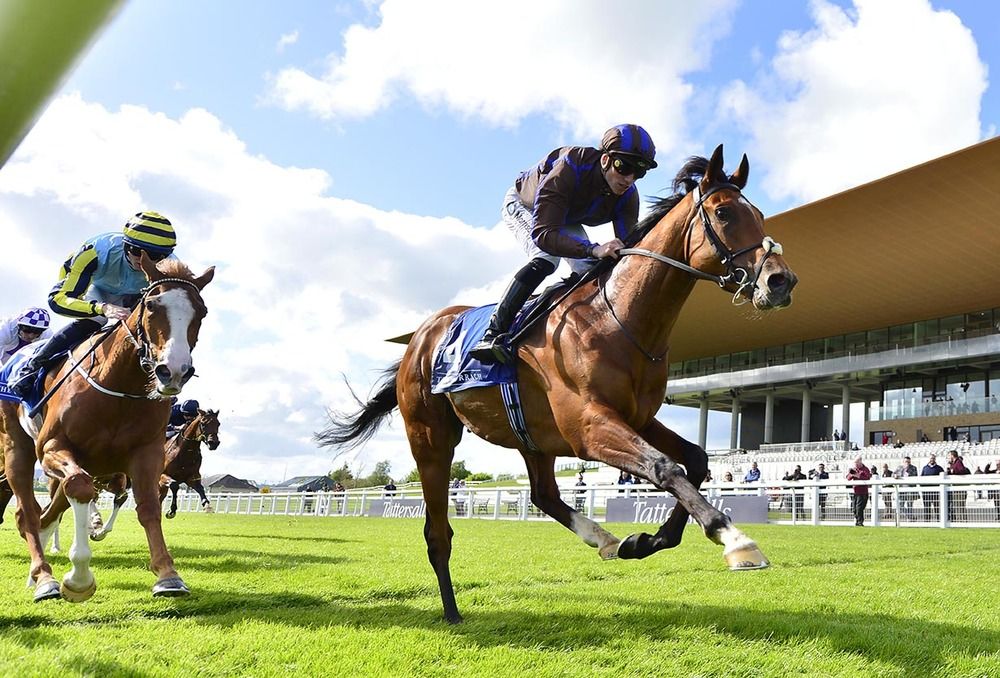 Joseph O'Brien is eager to test Hannibal Barca over a mile and a half in today's Dubai Duty Free Irish Derby at the Curragh.

The Zoffany colt spent his juvenile campaign with Brian Meehan in Britain and signed off with a fourth place in the Group One Vertem Futurity Trophy Stakes at Doncaster in October.

He made a winning start to life with O'Brien when staying on well to land the Group 3 Gallinule Stakes over 1m2f at the Curragh last month.

O'Brien said: "He comes here in good nick. Obviously, it is a step up in class but he has trained well since his win the last day here.

"Obviously, it looks a great race but we are hoping he can take a share of the spoils.

"As you know there is only one way to find out about a mile and a half! His pedigree would suggest that he has a chance to get it rather than saying he will certainly get it.

"He shaped the last day like he will go an extra couple of furlongs and he has earned his spot in the race."