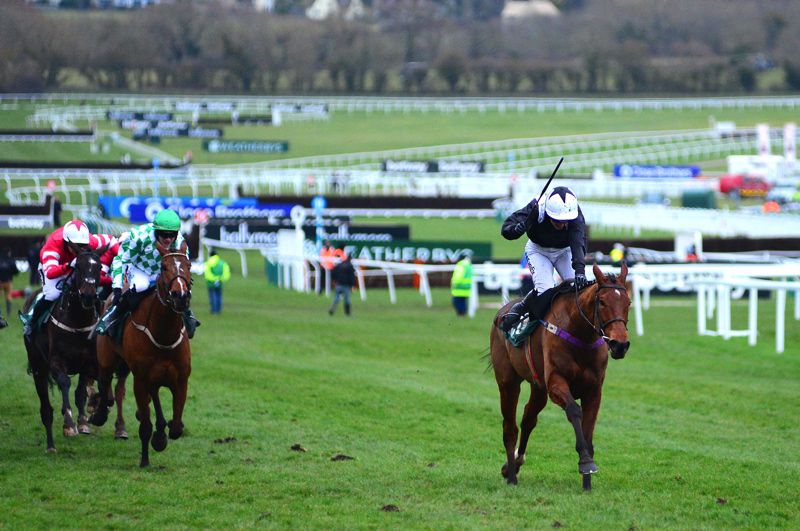 There’s a lucrative handicap for staying chasers at Fairyhouse on Sunday as the Porterstown Chase, sponsored by Bar One Racing, has a prize-fund of E125,000 on offer.

Staying handicap hurdlers have a big pot to aim at the following weekend when the eCOMM Merchant Solutions Handicap Hurdle takes place at Navan on Saturday December 5th with E90,000 in total prize money up for grabs.

56 entries have been received for this three mile stamina-test including 2018 Cheltenham bumper winner Relegate.

The daughter of Flemensfirth hasn’t been able to match her bumper exploits thus far over hurdles, although she was a creditable fifth in the Pertemps Handicap Hurdle Final at this year’s Cheltenham Festival.

After a fair comeback run at Navan when fourth in the Lismullen Hurdle earlier this month, the 7-year-old was sent off joint-favourite for the Betfair Exchange Stayers’ Handicap Hurdle at Haydock last weekend but couldn’t make any impression on the final circuit before being pulled up before the home straight.

According to trainer Colm Murphy, connections may not persevere too much longer if the mare doesn't return to her best.

“She was very disappointing at Haydock. She picked up an injury after running at Cheltenham and I’m not sure if she’s thinking about that or she’s not in love with it anymore.

“We’ll give her another try in the three miles handicap at Navan and if she doesn’t show something there then she could be visiting a stallion soon.”

Another possible runner at Navan is Tom Mullins’ Barnaviddaun who has already landed a big pot this season after a hard-fought success in the Brown Lad Handicap Hurdle (Grade B) at Naas last Saturday.

Owned by Turf Club official Paddy Graffin and his wife Laura, the Scorpion gelding thwarted the well-backed Damalisque by half a length having been prominent throughout and the pair finished well clear of the third Red Gerry.

Previously runner-up in the final of the Connolly’s RED MILLS Auction Hurdle Series at Punchestown, the 7-year-old may step up half a mile in trip at Navan with Mullins not too disappointed by a fair hike in the ratings for his recent victory.

“Barnaviddaun came out of Naas in great form.

“He’s entered at Navan, and he’ll probably get into that now with his penalty for winning (raised 9lbs to a mark of 129).”