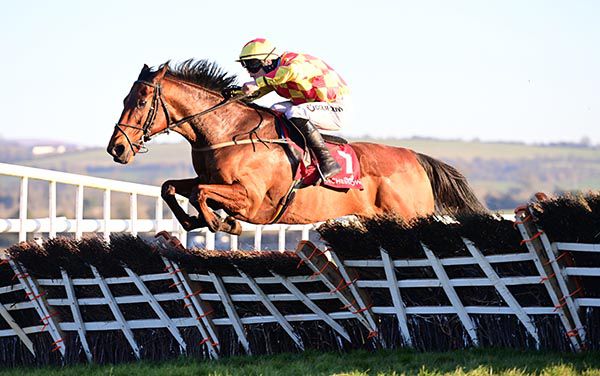 Once he collared Rocconrockall at the second last he could soon be called the winner, despite having well over a quarter of a mile to travel.

The nine-year-old gelding moved powerfully for Kevin Brouder and the pair scooted clear before jumping the last in good style.

He attracted support from 10/1 to 15/2 and won eased down by seven and a half lengths. Chelseas Friend took minor honours at 12/1, some four lengths ahead of Nicole's Milan (25/1).

Trainer Davy Fitzgerald said: “We’ll see what the handicapper does and find another race like that. I expected that and he’s turned a corner.

“He’s been very unlucky over fences (brought down at Down Royal last time) and he’d a couple of bad falls as a youngster.

“We’ll stay hurdling for the moment.”