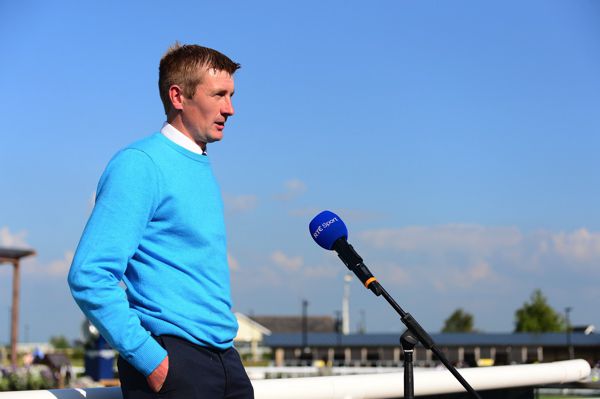 The following is the IHRB report of the Hearing:

On the day, the Stewards wished to enquire into the running and riding of Strong Roots, ridden by Mr. Brouder and trained by Mr. Fahey however were unable to do so as Mr. Brouder was unfit to attend the enquiry following a fall in the following race. The matter was therefore referred to the Referrals Committee.

At the Referral Hearing, evidence was heard from Mr. Brouder and Mr. Fahey and the panel also viewed a recording of the race.

In his evidence, Mr. Brouder stated that his instructions were to get his mount settled and relaxed and ride a race from there and he stated that Mr. Fahey told him she might need the run. Mr. Brouder said that his mount was off the bridle after jumping the first hurdle and that he even asked one of the other riders in the race if she looked 100% because she wasn’t jumping well. He said he had to squeeze her with his legs the whole way along and that she then had a blow at the top of the hill and never made up ground on the field anywhere. He added that he was never happy from early and that he nearly clipped a heel in the straight and that was why he had to check her back. He also added that his mount got in deep to the second last hurdle and he had lost his balance at the last.

Mr. Fahey explained that Strong Roots can be keen at home and that his instructions to Mr. Brouder were to get her settled. He said there was plenty of pace in the race so he was hoping Mr. Brouder would drop her in and get her to finish well and he hoped she would pick up some prize money. Mr. Fahey stated that he was not happy with the ride on the day as he felt Mr. Brouder should have made more of an effort down the backstraight to put Strong Roots in a better position at this stage of the race. He admitted that he didn’t express this at the time to Mr. Brouder as he had to saddle his runner for the following race and he didn’t express it to the Stewards on the day as he felt his opportunity to do that was in the Stewards Enquiry which was then unable to be heard due to Mr. Brouder’s injury.

Having considered the evidence, the panel were satisfied that both Mr. Brouder and Mr. Fahey were in breach of Rule 212A(i) in that they were involved in the running and/or riding of a Horse in a race who deliberately or recklessly caused or permitted a horse to run other than on its merits and Rule 212A(ii) in that they contributed to the running and or/riding of a Horse in a race in such a way that the Horse cannot be seen to have been the subject of a genuine attempt to obtain from the Horse timely, real and substantial efforts to achieve the best possible place. Having taken their records into consideration, the panel suspended Mr. Brouder for 21 racedays and ordered that he forfeit his riding fee and fined Mr. Fahey €6,000. Furthermore, under Rule 212C(d) the panel suspended Strong Roots from running for a period of 90 days.

Stormy Ireland has the Close Brothers Mares’ Hurdle at the Cheltenham Festival in her sights before a second career as a broodmare beckons.

Trainer Robert Tyner's horses are in excellent form at present and sent out his 13th winner of the season with the Jack Foley-partnered Feyan (15/2) in Punchestown's Adare Manor Opportunity Handicap Chase today.