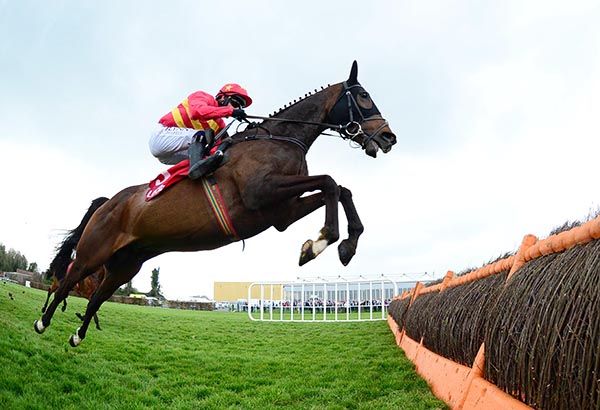 The head-strong eight year old was Ruby Walsh's final Cheltenham festival winner in the 2019 Supreme Novices Hurdle and today bagged a sixth Grade 1 win, when beating Ashdale Bob by a length and a quarter.

Trainer Mullins has won six of the seven top-level races contested this week and said “Paul (Townend) got him lovely and settled and relaxed at the start.

“Having so few runners in the race was a big help as he was able to settle him on the outside and keep him relaxed. The horse races so much better when he does that.

“He gets a bit upset but he was very relaxed today in the parade ring, at the start and during the race. He's maturing as he gets older.”

He added “I'd imagine we'll go the same route next year. I don't think we're going to go over fences, I think it's easier to keep him sounder that way.

“As you can see he's so busy and every time we've run over fences we've had trouble with him.”

Rossa Ryan has strong book of rides at Newmarket

Rossa Ryan has high hopes for his competitive book of rides as he heads into Newmarket’s July Meeting.

Tyros the target for Pearling Path

First-season trainer John O'Donoghue saddled his third winner of the season when Cailin Cliste scored at Fairyhouse last night and afterwards had news of his talented two-year-old Pearling Path.

Hugo Palmer’s Flaming Rib will bid to recoup a costly supplementary entry fee when he lines up in Saturday’s Group One Darley July Cup at Newmarket.