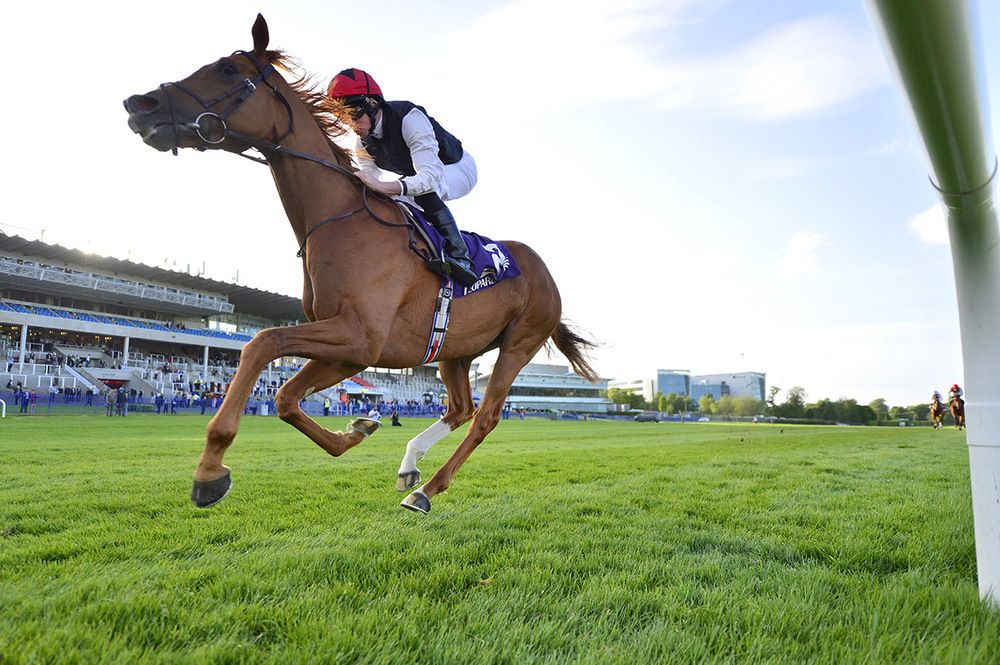 After Hors Piste an hour earlier, Kyprios was the second 1/10 favourite of the evening and his facile victory in the Group 3 Saval Beg Levmoss Stakes was every bit as comprehensive as that of Willie Mullins' mare at Kilbeggan.

Ryan Moore sent the Moyglare Stud-owned colt straight to the front and, although he was pushing him along half a mile out, the result was never in doubt. The winner opened up in the straight to leave Sunchart 14 lengths behind at the line.

The Galileo colt, who landed the Vintage Crop Stakes at Navan last month, is unbeaten in four starts on home soil and will bid to leave behind two poor runs in Britain when he contests next month's Gold Cup at Royal Ascot.

Betfair and Paddy Power make the winner 7/2 (from 9/2) for the Gold Cup, with today's York winner Stradivarius the same price. Trueshan is their 3/1 favourite.

Stable representative Chris Armstrong said: “Aidan is very happy with him. He’s progressing nicely this year and has stepped up again from his last run in Navan.

“This was always the plan to go Navan, here for the Saval Beg and then on to the Gold Cup. It’s a tried and tested route so hopefully he follows in the footsteps and fingers crossed the next stop will be Ascot.

“It’s a lovely winner to have here for Eva Maria and all the team at Moyglare. Hopefully he’s a promising stayer going forward.

“His last furlong was probably his best. He was out in front and probably a bit idle but he really stretched in the last furlong.”