Last to first for Lightning Jock 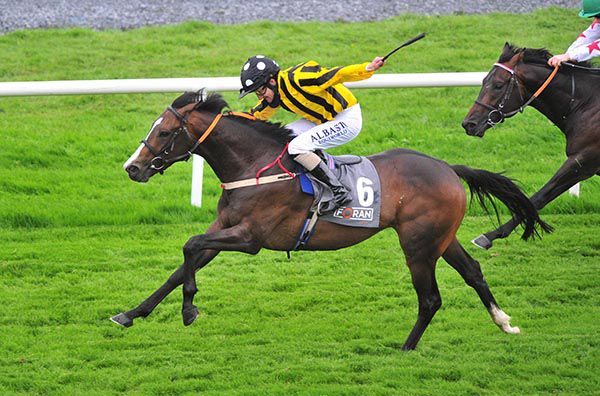 There was some late money for Lightning Jock (16/1) before the stalls opened for the Foran Equine Irish EBF Auction Maiden, and the Lawman colt came from last to hit the front inside the final furlong.

He kept on well for a two and a half lengths victory from Lightning Boltz, with Kauri Cliffs back in third.

The 5/2 joint-favourites Zozimus and No Patience finished fourth and eighth respectively.

The winner, bred by Ballylinch Stud, had shown promise on debut when fourth at Cork and had since switched stables, joining Patrick Hayes from Fran Flood.

The winning trainer Patrick Hayes, a brother of jockey Chris Hayes, remarked: “I only have him two weeks.

“He didn’t do a whole lot, we just left him to freshen up from his run at Cork.

“He looks a nice type. Seven (furlongs) with ease in the ground suits. We’ll see what happens now.”