Miracles another well-backed winner at Naas 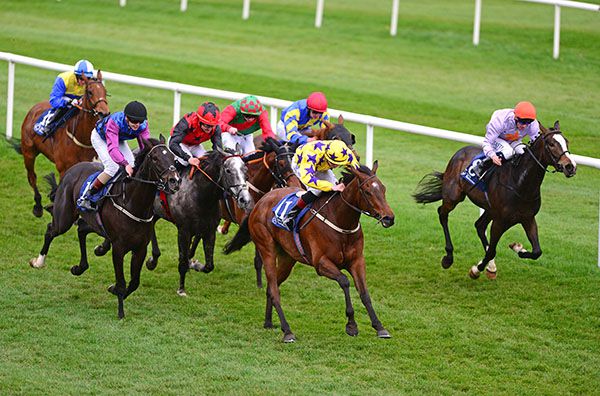 Miracles In May was yet another well-backed winner at Naas this evening, as he took the first divide of the Paddy Power Handicap.

Trained by Mark Cahill, the son of Approve ran a fine race to finish second on his debut in handicap company at Tipperary on Thursday last.

Available at 10/3 in early shows, the four-year-old gelding opened on-course at just 9/4, before going off the clear 6/4 market leader in the colours of owner Frank McNutly.

Third as they entered the straight, the bay victor was pushed along to challenge from the two furlong pole, and was soon ridden to the front by Ben Coen.

He kept up the gallop inside the final furlong, going on to score by a length from 16/1 chance Doogan's Warren in second.

The winner is a full-brother to Wild As The Wind who won a maiden at the Curragh in 2016 for Willie McCreery, while Ballinasilla, who is due to run in the Ladies Cup at Punchestown tomorrow, is a half-brother.