Mitchouka lands the odds in Punchestown 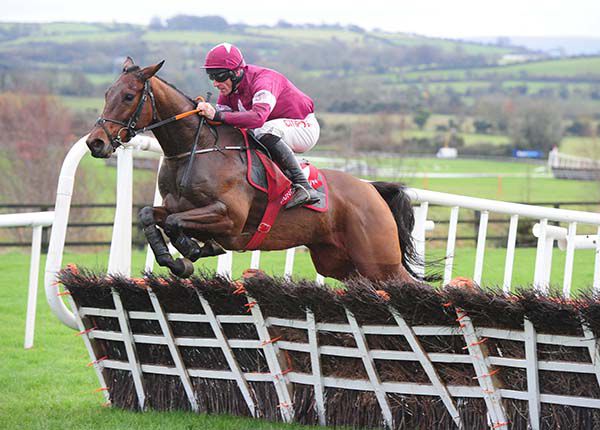 Mitchouka proved different class to his rivals as he eased right away in the three-year-old hurdle at Punchestown.

This made it two on the spin for the French import who hacked up by 10 lengths in a maiden hurdle at Fairyhouse earlier this month.

Davy Russell, in the Gigginstown silks, hunted him along in third before the pair made good progress to close on front-running Minnie Dahill after the second last.

Mitchouka was full of running as he readily assumed the lead on the home bend and asserted coming to the last.

Famous Milly was left second at the last when Minnie Dahill crashed out but she was left in the wake of the winner who sauntered home by 15 lengths.

“All the juveniles are beating each other at the moment. I still don't think we've seen the winner of the Triumph Hurdle yet, whatever it's going to be.

“He'll go for the graded race at Fairyhouse in two weeks time I'd imagine, all being well.

“He's won twice and he's grand but if he wins a Triumph Hurdle I'd be surprised.”

The winner was returned the red hot 1/4 favourite. Listowel Nursery winner Famous Milly, on her first crack at hurdles, was returned at 14/1 in second.