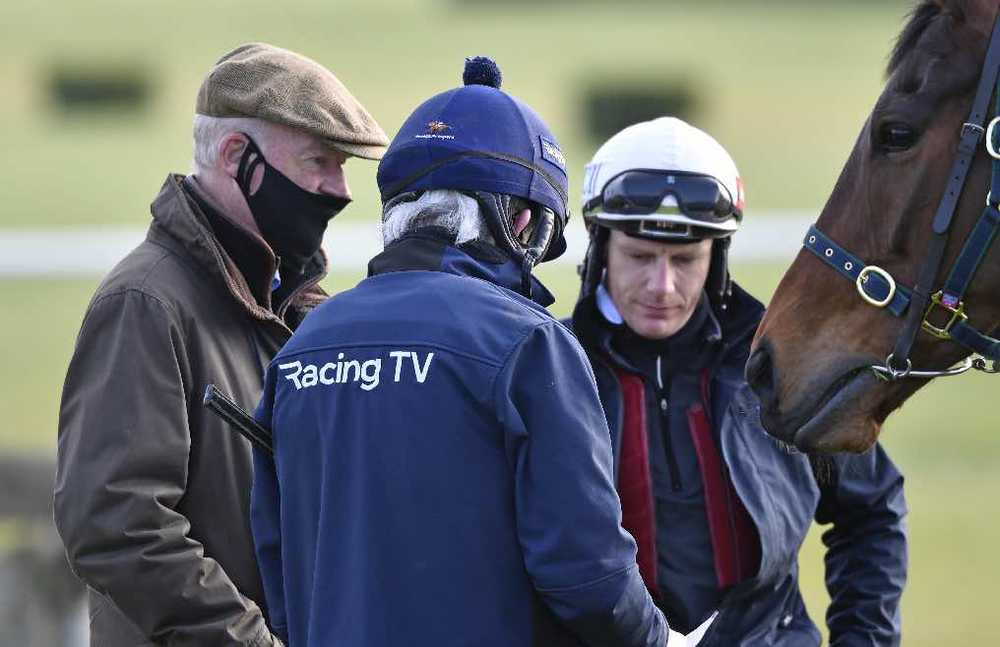 Willie Mullins pinpointed all-the-way Ryanair Chase victor Allaho as the highlight of his six winners at the 2021 Cheltenham Festival.

However, Mullins was in no doubt that Allaho’s effortless 12-length victory in the Thursday feature provided the crowning moment for this year — with the trainer already turning his thoughts to next year’s Champion Chase over two miles.

He said: “Allaho stands out a mile, I think.

“After racing yesterday I was thinking he looked like a King George horse, but when I analysed it, I started thinking we should maybe aim for a Champion Chase instead.

“The way he jumps so slick and so fast, I think we could bring him back in trip — and we could try two miles at Punchestown.”

While Mullins enjoyed plenty of success, he did have disappointments, too, with Chacun Pour Soi only third as a hot favourite in the Champion Chase while another odds-on shot, Concertista, was collared on the line in Tuesday’s Close Brothers Mares’ Hurdle.

Mullins’ dual Cheltenham Gold Cup winner Al Boum Photo had to settle for third in his attempt at a hat-trick.

The trainer said: “We had an in and out sort of week, but it came good in the end.

“I always think 33 per cent of favourites win, so I was thinking we might have four or five winners this week and I was hoping for more.

“To have six winners is great. I suppose Concertista got beat and Chacun Pour Soi got beat. Al Boum ran a cracker, but it wasn’t to be.

“A few of our hotpots got beat, but then some other horses came up, and I think we’ve had seven seconds and five thirds.”

Mullins was not too disheartened following Al Boum Photo’s eclipse, giving full credit to the De Bromhead-trained pair of Minella Indo and A Plus Tard who dominated the finish.

He said: “I just thought he was beaten by two very good horses.

“Minella Indo likes it here and is a good horse. A Plus Tard is a very good horse as well — he advertised that in Ireland.

“The three of them pulled right away from the field and our fellow is getting a bit older and is probably not as sharp as he was.

“He knocked the third-last and the second-last and those were the jumps that won him the race last year.”

The Festival was run behind closed doors due to coronavirus restrictions this year and although Mullins admitted the atmosphere was lacking, he hailed Cheltenham’s decision to match up with WellChild and promote the charity across the week.

He added: “It’s obviously been a TV Cheltenham, rather than an atmospheric Cheltenham with crowds, but I think Cheltenham hit it off rightly by teaming up with WellChild, which is a very worthy charity.

“We’re delighted to support them and I’d like to thank all the people that did.”