O'Brien to return to Cheltenham with Shield 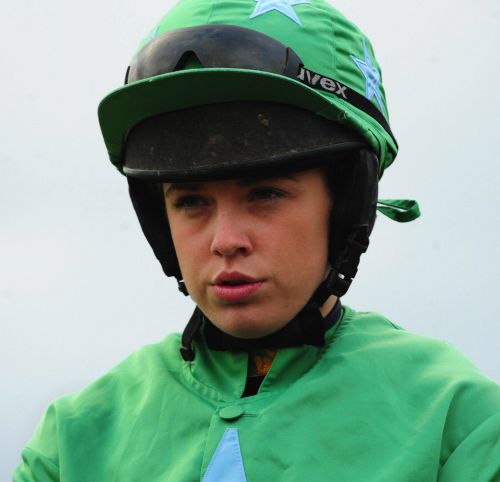 Champion Flat Trainer O'Brien's previous National Hunt runner was in the 2004/05 season when The Alamo scored at Galway on August 1 2004, but had both Shield under Kate Harrington, and Egyptian Warrior (under O'Brien's daughter Sarah O'Brien) in today's bumper.

The Dermot Weld trained 5/4f Grecian Tiger made much of the running but was headed in the closing stages by Shield who battled well for a half length win. Egyptian Warrior dropped away tamely from four furlongs out, finishing a well beaten ninth.

O'Brien later stated “Sarah (O'Brien) is starting to ride in bumpers now and that's the reason I have a few horses for bumpers.

“I'm delighted with that and Kate (Harrington) thought that she wanted to drop him 'in' a bit more after Punchestown (when fourth) while Sarah wanted to be more forward on her horse (Egyptian Warrior, fifth then) but he was very green.”

“Kate gave him a great ride and he travelled well and quickened well. He was just ready to run the first day and just ran a bit green. Joseph (O'Brien, son) and the lads got him ready for Punchestown but were forcing him a little bit to get there as he had to finish in the first four to be qualified to enter for Cheltenham.

“I think Joseph is able to get special permission to ride him in the Cheltenham Bumper – he inquired about it during the week.

“Shield is a homebred and by Dylan Thomas, they get better with every year. He is a lovely, good looking and I have a few more bumper horses also ready to run.”

O'Brien's last runner at Cheltenham was when Istabraq pulled up in his final appearance in the 2002 Champion Hurdle.

Paddy Power later left Shield unchanged at 25/1 for the Cheltenham Bumper while Stan James go 20/1 for the same race.