Pic perfect for Nicholls at Huntingdon 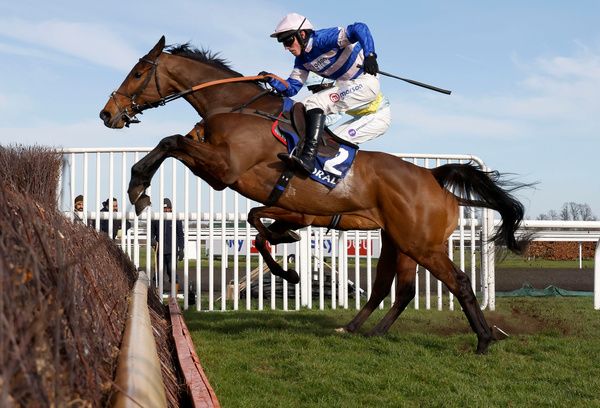 Pic D’Orhy benefitted from a fine front-running ride from Harry Cobden to land the Fitzdares Peterborough Chase at Huntingdon on Sunday.

The Paul Nicholls-trained runner struck twice in Grade Two company last term but ended the year on a disappointing note when pulled up behind Millers Bank at Aintree.

That rival was in opposition again at Huntingdon, with Millers Bank sent off the 85-40 favourite while Pic D’Orhy was a 9-4 shot.

Cobden seized the advantage from the off in the two-and-a-half-mile contest and Pic D’Orhy barely saw another rival, looking well in control with two to jump.

Millers Bank and last year’s race winner First Flow tried to challenge, but Pic D’Orhy was too good, coming home a two-length winner, with a further five and a half lengths back to the defending champion.

Nicholls said: “It is great to come here and we thought he had a good chance as he won very well at Newton Abbot (on his seasonal bow). Flat tracks like this and Kempton suit him very well.

“He is very quick over fences, that is the thing. He is good now and is really assured. He is only really beginning to reach full maturity as he is so big.

“He loves doing that (bowling along in front). It was job done today as this is the race we had in mind.”

Pic D’Orhy was cut by some bookmakers for the King George VI Chase, but Nicholls has another Kempton race in mind.

He added: “The race I think would really suit him is the Silviniaco Conti Chase at Kempton in January.

“I think the Ascot Chase might be an issue as the ground might be too testing. Aintree would suit him as well but that is a long way down the line.”

Trained by Fergal O’Brien and ridden by Connor Brace, the five-year-old outbattled Alfie’s Princess to win by half a length, with a further length and three-quarters back to Strong Belle in third.

O’Brien said: “She ran very well the first day, then things didn’t quite to plan the second day as we were a bit far back but the form has worked out well.

“I’m delighted to come here and get a bit black type. I would probably give her a break and maybe take her to Aintree. She has got time on her side.”

Hansard (10-1) looks a smart recruit for Gary Moore after a bloodless victory in the Fitzdares Looking Forward To HWPAs Tomorrow Novices’ Hurdle.

A bumper winner in Ireland for Charles O’Brien last term, Hansard subsequently changed hands for £48,000 and came home two and a half lengths clear in the hands of Jamie Moore on his British debut. Father Of Jazz ran a promising race in second.

Dave Crosse, representing the winning owner Noel Fehily Racing Syndicates, said: “Some horses surprise you. We thought he would be a mid-tier type of horse when we sold him to the owners, so we have to apologise for that as I think we have a very smart horse on our hands.

“Jamie has done all the work schooling on him and he has loved him from day one. He did so much wrong in that race. He was keen and didn’t jump the best. There is so much more to come with him. We might go to Kempton Park over Christmas.

“I think any young horse you want to win two novice hurdles and get them educated before stepping up in class. We will take one step up a time and see where we end up in the spring.”