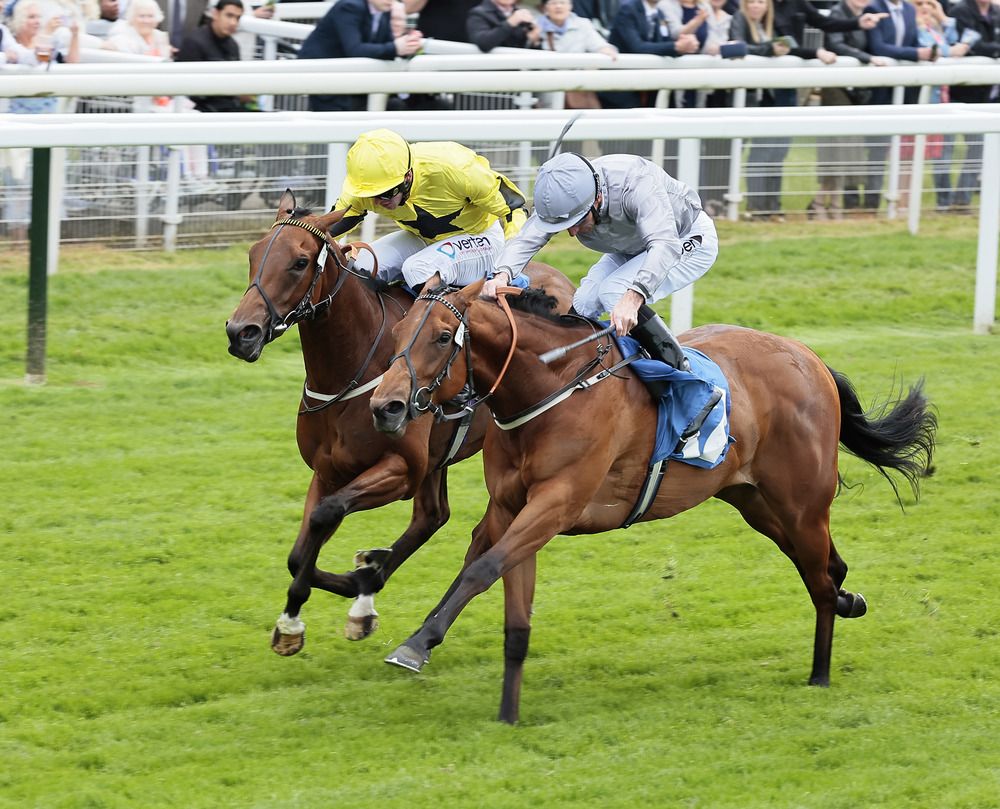 Sent off a 5/1 chance, Pillow Talk raced prominently on the far side of the track for Danny Tudhope after being nicely away in the five-furlong heat.

Primrose Ridge down the middle of the track and Lucy Lightfoot on the stands side set the early gallop but paid for their efforts in the final couple of furlongs as Yahsat (7/2) set sail for home.

Stablemate Pillow Talk soon set out in pursuit and the pair had it between them in the closing stages, with Tudhope’s mount edging it by a neck on the line. Jumbeau kept on for third, beaten two and three-quarter lengths.

Paddy Power go 14/1 about Pillow Talk for the Queen Mary Stakes at Royal Ascot, a race in which Burke already has another leading hope in Dramatised for the same Clipper Logistics connections.

Burke said of his Knavesmire pair: “They’re two very high-class fillies, it’s just a shame we had to run them against each other but that’s the way it is, different owners have got to take their chances.

“They’ve both got black type which is the main thing. Where we go with this filly, I suppose she should be aiming for the Queen Mary but the owners have another filly ahead of this one at home (Dramatised). At the moment you’d put her in front of these on home work.

“Dramatised goes straight to the Queen Mary, it’s just a question of where we go with this filly now. Yahsat could step up to six if you wanted but she’s got a lot of speed as well, she’s got a different owner so she probably would take her chance in the Queen Mary.”

On the possibility of Pillow Talk going six furlongs at Ascot for the Albany Stakes, Burke said: “She could go six furlongs, but I asked Danny that question and he wasn’t very definitive so we’d probably stick to five.

“Nice problems to have. All winter the horses have run well and it’s just carried on into the spring and hopefully the summer now. We’ve still got some very nice two-year-olds to run at home so there’s lots to look forward to.

“Earlier on I was watching the string, especially the fillies, and I had to ask the lads twice what they were all called because I seem to have a lot of speedy, strong, bay two-year-old fillies. It’s turned out that way, they look quick.

“Even Jungle Time, who I took my eye off, she stayed on well to be sixth after missing the kick. She deserved to take her chance and there’s more to come.”