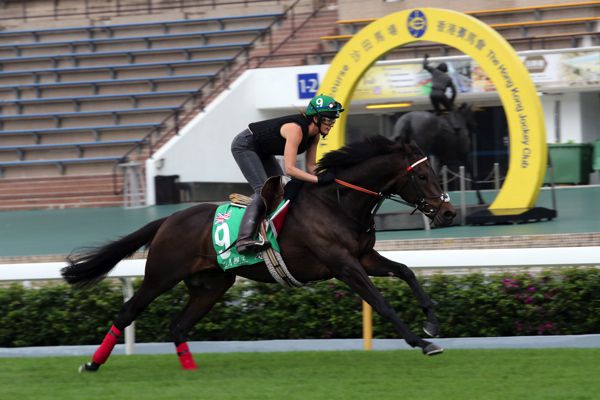 The six-year-old excelled himself again on Tuesday when going close in the Melbourne Cup for a second time, eventually placed second after Master Of Reality was demoted to fourth.

Prince Of Arran is no stranger to Australia and also won the Geelong Cup this year — having taken the Lexus Stakes 12 months earlier.

He has also run with credit in Dubai and America, and clearly excels in the sunshine.

Fellowes tweeted: “Looks like Prince Of Arran is going to get a new stamp in his passport. His next start will be in the Japan Cup on Sunday 24th November. He has come through the Melbourne Cup perfectly and will fly to Tokyo on Monday.”

Ebendi turns over the odds-on favourite

Dermot Weld's Ebendi showed his mettle to get the better of Pugin in the colts and geldings' median auction maiden at Killarney.

Those who played the short odds on Thunder Kiss had few moments of worry as she did the job well in the median auction fillies' maiden in Killarney.