Raya Time comes good over hurdles in the opener 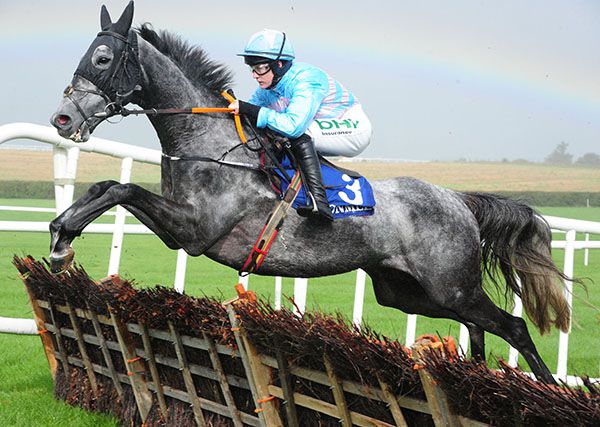 Raya Time opened his account in fine style when taking the Kilmore Maiden Hurdle at Clonmel for Henry de Bromhead and Rachael Blackmore.

The grey gelding took a Killarney bumper in very convincing fashion for Sam Curling last year and was placed a number of times over hurdles last season for current connections.

The evens favourite was sent to the front after four out by Blackmore and went clear approaching the straight before galloping on strongly to score by 12 lengths.

Hesamanofhisword took the runner-up spot with Josie Abbing a further five and a half lengths further adrift in third.

Chief market rival Gun Merchant could never land a blow and was soundly beaten in eighth.

De Bromhead said, "It was great to get that for Roger and the Brookhouses and the plan now is to go chasing. We felt he was entitled to have one go at his maiden hurdle and it worked out.

"Subject to confirmation with the owners, he will go chasing now and the way he jumps fences at home he should do well as a chaser."