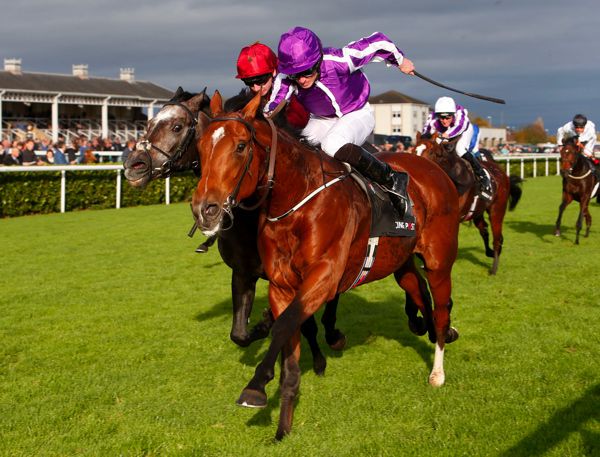 Saxon Warrior, superb winner of the 2000 Guineas, is among 53 entries for the Coral-Eclipse Stakes at Sandown on July 7th.

Aidan O’Brien has won the Eclipse five times and is responsible for all 25 Irish-trained entries, headed by next month’s Investec Derby favourite.

The Ballydoyle trainer’s other possibles include Clemmie and Happily, Idaho and Cliffs Of Moher.

Cracksman represents could represent John Gosden, who has also entered Crossed Baton and Without Parole.

The victory of Ulysses in the 2017 Coral-Eclipse enabled Sir Michael Stoute to join Alec Taylor jnr as the most successful trainer in the race’s history with six wins.

The Newmarket trainer could this year saddle Crystal Ocean and Poet’s Word.

Richard Fahey has put in the progressive gelding Forest Ranger, winner of the Earl of Sefton and Huxley Stakes already this season.

Fahey said: “It is a big step up going back into Group One company but we’ve been delighted with his progress this season and the race fits well into the calendar.

“We would like to space out his races this season, so we are going to miss places like Ascot and wait for Sandown, as he is a big horse who is going to need time between his races.”

Godolphin have three in the list, topped by 2016 hero Hawkbill. Benbatl and Key Victory are their other possibles.

There are two entries from across the Channel in the Jean-Claude Rouget duo of French 2000 Guineas scorer Olmedo and the five-year-old Taareef.

Other eyecatching entries include Mark Johnston’s Elarqam and Addeybb from the William Haggas stable.