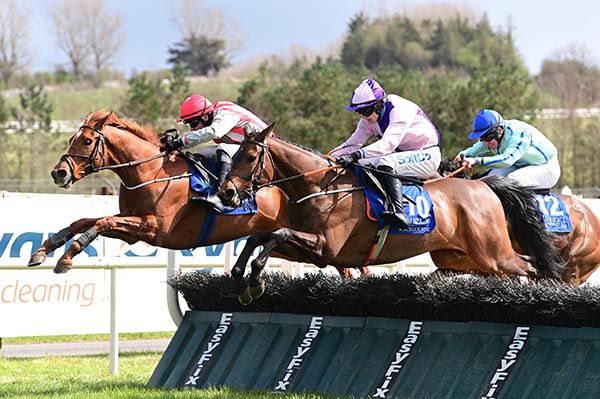 Rebel Step proved tough in front as he opened his jumping account in the opening Molly's Late Bar Maiden Hurdle at Limerick.

The US-bred gelding won the early battle for the lead in the two-miler and dug deep for Danny Mullins down the straight.

Having travelled best turning for home the 5/2 joint-favourite got under the second last flight and was soon pressed by Weddell Sea and Bynx.

Rebel Step answered every call on the run-in to hold the challenge of Weddell Sea by three-parts-of-a-length with two lengths back to Bynx in third.

The winning jockey said afterwards:-"The first day I rode this lad in Punchestown I thought he was going to run a big race and had he stood up there, the form would have been good enough to win this and I'm glad he has got the job done.

"He had to battle and I liked what I saw from the back of the last home. As he matures more, he should improve and hopefully win a few more through the summer."