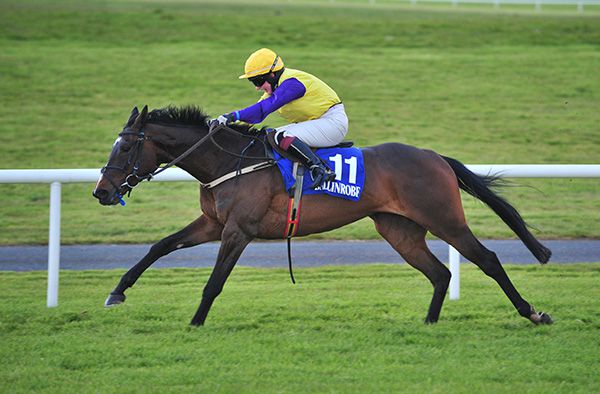 Champion lady rider Jody Townend wasted no time in getting off the mark in the new season with a wide-margin success on September Lady.

The 4/1 shot stalked Donthavetime in the final half mile of this ladies' bumper and scooted past her racing to the two pole.

The seven-year-old mare increased her advantage turning for home and moved well clear inside the final furlong to win well by eight lengths.

Trim To Milan showed ability on debut in second at 18/1 and finished three and three quarter lengths in front of Scealoghan (14/1).

There was a major plunge on Sam Curling's newcomer Miracle Millions from 15/2 in the morning down to 6/4 favourite on the off, however, he had no answers at the business end and came home fourth.

"We thought the ground might have been gone a small bit soft for her but she stays well," said trainer Cormac Farrell, as he led his charge away.

"She's had her problems. She's a nice mare though, that should be able to win a few over hurdles as well."