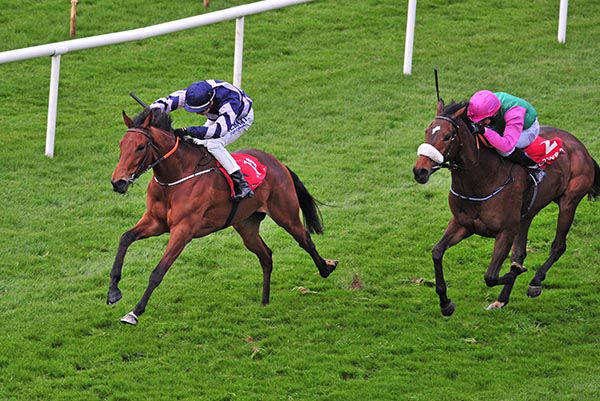 125/1 shot Vera Verto wasn't for passing as she sprang a big shock in the fillies maiden at Gowran Park this evening.

The Jack Davison-trained filly went to post a massive price for the race, over an extended nine furlongs, having been well held on her debut at Naas 10 days ago.

Ronan Whelan bounced out in front on his mount and the daughter of Prince Of Lir answered every call down the straight.

Cappy looked a big danger as the 40/1 shot threw down a challenge a furlong out but she couldn't find a way past as Vera Verto kept on gamely for a three-parts-of-a-length win.

Davison said:- “The first run with this filly was really a fact-finding mission — we were just trying to figure out her trip and her ground. She didn’t get much daylight and only ran ten days ago in Naas.

“She didn’t have a hard race and was in good form since. I thought this trip and ground would suit but having said that we felt we were up against it with the competition.

“It’s a nice surprise but she’s always been a nice type of filly and it all came together nicely. We’re thrilled. I just wish I had a tenner each-way on her!”