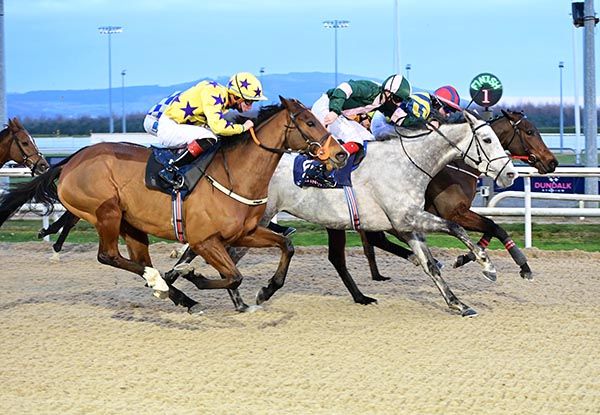 Well-bred White Marlin maintained his unbeaten record at Dundalk today when completing an opening races double for his trainer Joseph O'Brien in the Irishinjuredjockeys.com Apprentice Handicap.

The son of Mastercraftsman is a half-brother to last year's Group 1 winning sprinter Romantic Proposal and won on debut win at today's venue in December. Today, under jockey Paddy Harnett, he added a second when dipping on the line to edge out Picpoul by a nose.

O'Brien had won the half-hour earlier race with the Cian Horgan partnered First Blood and following White Marlin's win, the trainer's assistant Brendan Powell reported “it was a good tough performance. He's very professional for a horse that's only had the one run.

“He'll stay further and he's an improving horse, he galloped the whole way to the line. Paddy gave him a beautiful ride and the claim helped.”