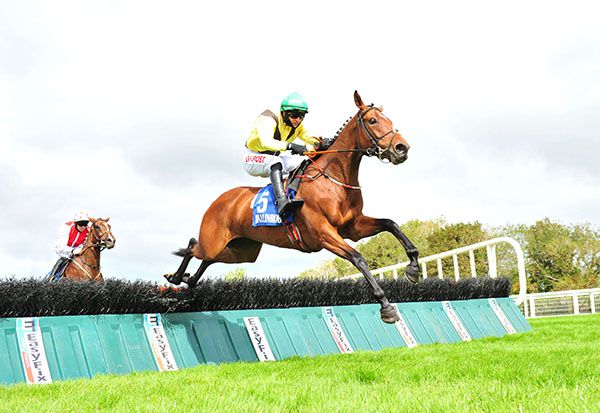 The McHale Fusion 3 Range (Mares) Maiden Hurdle went to the well-fancied Fairyhill Run (4s into 5/2) who was prominent all the way under Danny Mullins before staying on well for a four lengths win over Saol Iontach (15/2).

Westcoast Tiger was back in third and the 11/8 favourite Valentina Lady, who traded blows with the winner up front for a long way, faded from the last to finish fifth.

The winning daughter of Mahler was runner-up in three bumpers last year and clearly benefitted from her hurdling debut third at this course last month (runner-up Flamin Aimee went in at Wexford yesterday).

She impressed here with the way she galloped out strongly, head bowed, in the closing stages and should be set for a good autumn.

Winning trainer John Ryan was enhancing his good record at Ballinrobe and said: “She’s a nice mare and a winter type.

“She’s just a galloper and was big and weak last year.

“I had a very good mare in Mystery Stowaway that I lost recently and this one has the potential to be another.

“She’s out of a Flemensfirth mare and has it on the breeding side too.”