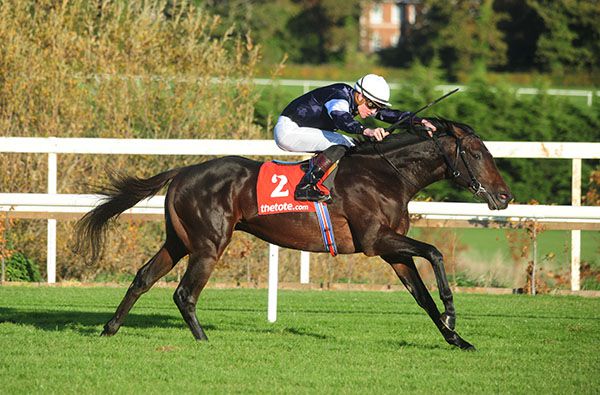 After riding a Group race double over two days at the Curragh last month on Speak In Colours and New York Girl, there was more Pattern success for 3lbs claimer Shane Crosse as he guided Degraves (7/2) to victory in the Bet With The Tote At Leopardstown Eyrefield Stakes (Group 3).

The winner travelled strongly as he tracked the leaders in this small-field affair, and looked set to win convincingly as he quickened up well on the stands’ side early in the straight.

He seemed to idle and run around a bit when hitting the front, but found a bit more close home to repel Persia (4/1) and Justifier (7/4 fav) by half a length and the same.

The winner had won his maiden over a mile at Navan, got the extra furlong here well and looks a nice middle-distance prospect for next season.

“He travelled well, Shane said he quickened up very well and had a bit of a look when he got to the front,” said winning trainer Joseph O'Brien.

“He'll have his break now and come back for a nice race in the spring. He's a Camelot so he'll go ten furlongs anyway and then we'll go from there.”

When asked if he could go for a Derby trial he responded:- “That would make sense, something like that.

“He's won on soft ground but he's only really been on that because he's had no choice. I'd say he should be fairly versatile.”