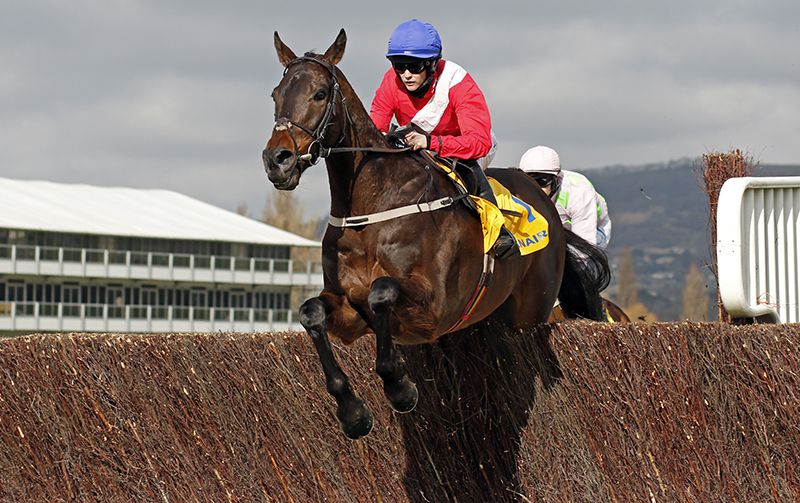 Cheveley Park Stud director Richard Thompson is fascinated to see who will come out on top between Allaho and Envoi Allen in a mouthwatering renewal of the John Durkan Memorial Punchestown Chase.

Thompson revealed last month he was not against the idea of two of Cheveley Park’s biggest guns locking horns in the Grade One contest — and was as good as his word, with both declared on Friday morning.

Thompson said: “Let’s see what happens — this is what sport is all about, isn’t it?”

Henry de Bromhead’s Envoi Allen is the likely favourite, having bounced back from a fall at Cheltenham and an injury suffered at Punchestown in the spring with a runaway victory at Down Royal in October.

The Willie Mullins-trained Allaho is rated 11lb higher than Envoi Allen off the back of his spectacular display in Cheltenham’s Ryanair Chase last season, but has been off the track since chasing home esteemed stablemate Chacun Pour Soi at Punchestown in April.

“Allaho will probably bowl along from the front, you’d think — that’s his running style. With Envoi, it will be fascinating to see what he can do,” Thompson added.

“Envoi is a machine — he’s got tremendous acceleration. Allaho has obviously done it in the Ryanair, producing one of the most impressive performances at Cheltenham in recent years.

“Allaho came out in the John Durkan last year and didn’t run to form, so that could count against him. Envoi has obviously had a run already and that could be a deciding factor.

“You’d have to say Envoi potentially has the edge as he’s race-fit. He has won five Grade Ones, but this is a proper step up, so let’s see what he’s got.”

It promises to be another big day for the Cheveley Park team, with Ferny Hollow making his eagerly-anticipated return to action in the BetVictor Beginners Chase.

The 2020 Champion Bumper has not been seen in competitive action since claiming the notable scalp of Bob Olinger in a Gowran Park maiden hurdle in November of last year.

Thompson said: “We’ve got three of our big guns in action and I’ll be travelling over to watch them.

“We had an amazing day at Haydock two weeks ago with A Plus Tard winning the Betfair Chase. That will live in my memory forever and you can’t buy days like that — it’s magic dust.

“Ferny Hollow has been working well and schooling well.

“We know he’s got the ability and Willie likes him a lot, so we’ll hope for a decent run from him.

“It will tell us about his season going forward as well.”