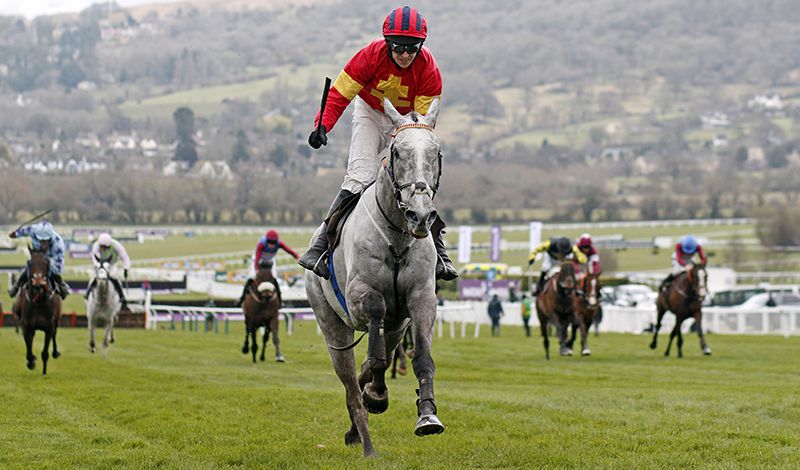 Vanillier made all the running to give Irish trainer Gavin Cromwell his second winner of the meeting in the Albert Bartlett Novices’ Hurdle at Cheltenham.

Flooring Porter led all the way to take the Stayers’ Hurdle on Thursday and Vanillier (14-1) repeated the trick in the Grade One over three miles.

Both horses should have been ridden by Jonathan Moore, but he declared himself not enough to ride after a fall earlier in the month. Danny Mullins was the beneficiary in the Stayers’ and it was Mark Walsh who deputised this time. Moore led in both winners.

Vanillier proved an able partner as he travelled beautifully throughout the race before scooting up the hill to seal the victory by 11 lengths from Oscar Elite.

Streets Of Doyen was a length and a half back in third, with Stattler fourth.

Cromwell said: “That was fantastic. I wasn’t sure how he’d act on better ground as he’s quite a slow horse, but Mark said he travelled with loads of enthusiasm today.

“He showed an extra gear there he hasn’t shown before and we know he stays well. I’m not surprised he won, but I’m surprised how well he won.

“The ground at Christmas at Limerick was knee deep, but he stayed on well at the finish. He had a small wind op after that, but at the Dublin Racing Festival he ran no race, like all mine there that weekend and he came back a sick horse. He’s bounced back, though.

“He’ll go chasing next season, he’s a proper staying chaser of the future.”

Walsh said: “I was always happy how he was going, he might have been doing too much in front early, but he settled eventually.

“I got a good breather going to the second-last and when I couldn’t hear anyone coming I kicked and he found plenty.

“It’s unfortunate for Jonny, he’s missed out on two Grade Ones but fair play to him for doing it (standing himself down) — it takes a lot of guts to do that.

“I’ve had three seconds here this week so to finally get my head back in front was brilliant.”