"Unlucky and lucky" Elliott comes out on top after huge drama 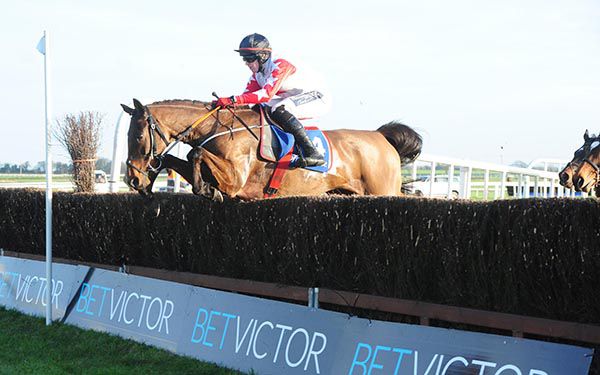 There was an incredible conclusion to the Irish Stallion Farms EBF Beginners Chase as Dakota Moirette and Aint Dunne Yet departed at the last leaving Graineyhill to win Fairyhouse's penultimate contest.

Dakota Moirette (1/2) and Aint Dunne Yet (9/2 into 7/2) had dominated here from some way out and the outcome was still in the balance when the former fell at the last.

Aint Dunne Yet looked to be out of harm's way, but his legs got tangled up with Dakota Moirette on the ground, causing Sean Flanagan to unseat.

Graineyhill (12/1), a stable companion of Dakota Moirette at Gordon Elliott's yard, was then left to come through for an eight length win, after being well off the leaders when the drama unfolded.

Keith Donoghue rode Graineyhill and Elliott said: "We had a bit of luck on our side. We were unlucky and lucky. I don’t know if the other lad would have won or not. He took off a half-a-length in front but he stepped into it.

“We’ll take any winner we get, and that’s why you should always run two in a race!”