'Horse of a lifetime' Wicklow Brave scores over fences 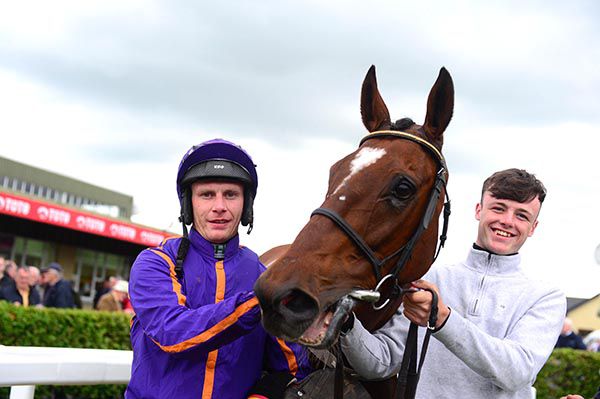 Former Irish St Leger winner Wicklow Brave made a winning debut over fences in the McHale Tiger Roll Beginners Chase at Ballinrobe to give Willie Mullins and Paul Townend trebles on the card.

The 10-year-old gelding jumped from fence to fence as he tracked Cliff House (11/2) before easing past that rival on the run-in for a comfortable length and a half success.

There was a three and a quarter length gap back to Cenotice in third at 16/1 (from 25s).

Paul Townend said of the 4/5 favourite: “It was a test as the horse in front went a good gallop and there was no hiding place. His class got him through and I would have been disappointed if he was beaten.

“Once I got into the straight I was confident that I’d pick up the horse in front of me. He’s taken to fences and he’s the horse of a lifetime for his owner.”

Wicklow Brave won the Irish St Leger in 2016 and also won the Grade One Punchestown Champion Hurdle the following year.

Incredibly he has now on 15 races - six on the flat, five over hurdles, three bumpers and a chase.