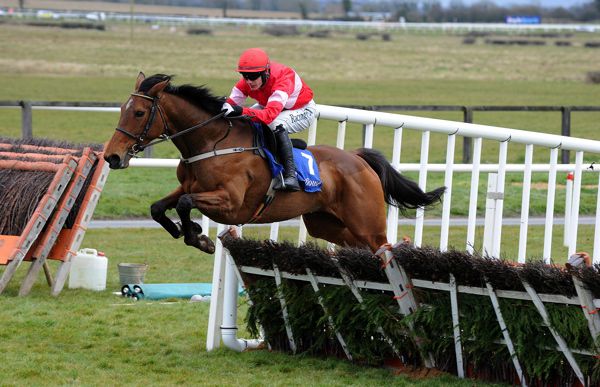 Laurina will face just one opponent when she makes her eagerly-anticipated return to action at Sandown this afternoon.

The six-year-old made a huge impression in winning each of her four starts for Willie Mullins last season, including an 18-length demolition job at the Cheltenham Festival in March.

Connections stated their intentions to go down the Champion Hurdle route this season.

But she has missed a whole host of engagements — including the Coral Hurdle at Ascot, the International and Relkeel Hurdles at Cheltenham and the Ryanair Hurdle at Leopardstown — on account of unsuitable ground.

With relatively testing conditions forecast at Sandown, she has travelled across the Irish Sea for what appears a gilt-edged opportunity to extend her winning sequence in the Unibet Mares’ Hurdle.

Patrick Mullins, assistant to his father, said: “We’ve had to be very patient with her, because we’ve been waiting on the ground.

“This looks an ideal starting point for her. She’s a second-season novice, so it’s nice not to have to pitch her straight into an open Grade One, and it looks as though the ground will be soft.

“She’s in good form, and we’re hoping she can produce the same sort of form she showed last year.

Laurina was already long odds-on to make a successful reappearance in the hands of Ruby Walsh — and with Oliver Sherwood’s Got Away and Robert Walford’s Smaoineamh Alainn taken out this morning, she has just the Noel Williams-trained Sensulano to beat.

She is a best-priced 5-1 second-favourite for the Unibet Champion Hurdle, behind dual winner Buveur D’Air at 6-4.