63/1 Cork double for Elliott and Kennedy 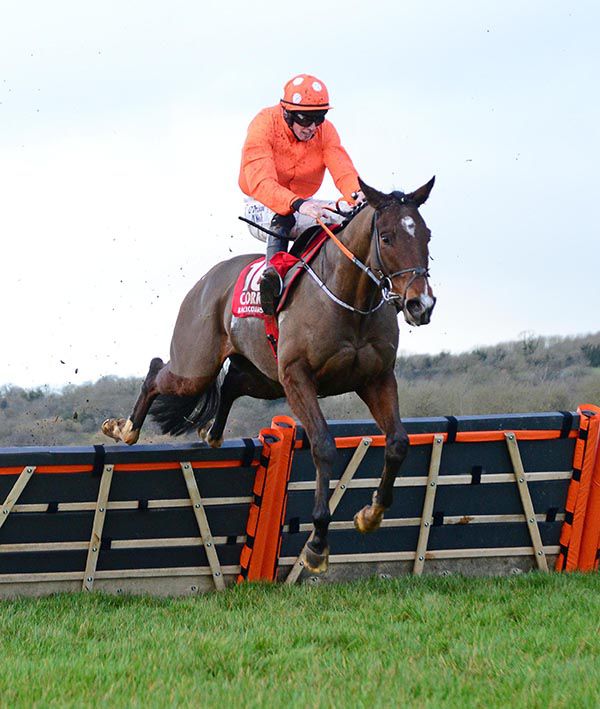 Gordon Elliott and Jack Kennedy doubled their Cork score in race two when Recent Revelations (16/1) took the Buy Tickets Online Maiden Hurdle. Belfast Banter looked like he was asserting away to take this two miler when falling two out.

Recent Revelations then didn’t need a second invite and he accounted for market-leaders The Little Yank and Takarengo by eight lengths and the same.

In the first race Elliott and Kennedy’s Texard was in control after Carrigmoorna Pine rsquo;s departure, also at the penultimate flight.

"We were probably lucky as Peter Fahey's horse (Belfast Banter) was probably gone for home but he is a nice little horse and is improving with every run and his jumping has got a lot better,” said Elliott.

"He had a good run one day in a flat maiden at Roscommon and didn't jump great on his first couple of runs. The more runs he's getting the better his jumping is getting.

"The lads will have a good bit of fun with him and he is a dual-purpose horse."

M.J. Bolger, rider of Taakhy (GB) trained by Seamus Fahey, reported to the Clerk of Scales that his mount was pulled up having stopped quickly.

The Stewards received a report from the Clerk of the Scales, Mr. P.L. Malone, that D.G. Hogan, rider of Ekanse had weighed in at 1.1 lbs underweight.

Evidence was heard from the rider concerned who stated that he had weighed out with a heavy saddle, lead cloth and saddle pad and was satisfied that everything was in tact on his return to the weighing scales.

He added that he went to the bathroom after weighing out and had sweated quite an amount during the race.

She confirmed that she had saddled Ekanse with the exact equipment as was handed to her when the rider weighed out.

Having considered the evidence, the Stewards disqualified Ekanse from sixth place in accordance with Rule 231 and took no further action other than to advise D.G. Hogan concerning his responsibility to comply with Rule 231.