Adnap gets off the mark for McLoughlin and Maxwell 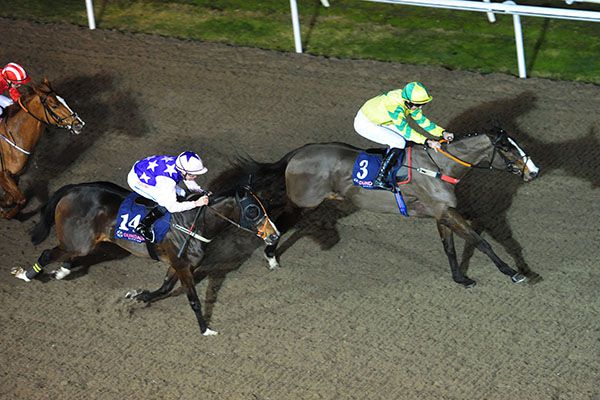 Progressive Adnap got off the mark on his eighth career start at Dundalk tonight as the Dermot McLoughlin trained gelding division two of the Fundraise At Dundalk Stadium Handicap under jockey Conor Maxwell.

The son of Casamento failed to figure on six initial career races but did fill second place at the Co Louth venue on January 3 and tonight returned to win over that same mile trip.

Following the race jockey Maxwell, who rides two three-mile chasers over Navan's big fences tomorrow, reported “he’d a great run the last night and I thought that he’d take all the beating. He’s improved from the run and was just freshened up and seemed well in himself during the week.

“You’d like to think he can improve again. He promised a lot last year and just never produced on the track but he’s come back in fresh and well.

“I walked out of the stalls so just wheeled across and got the rail. He travelled well and was the last horse off the bridle.”