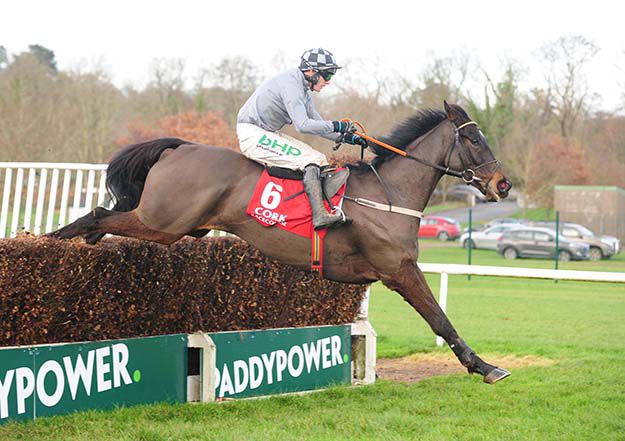 Aintree could be the next port of call for Queen Mother Champion Chase sixth placer Castlegrace Paddy after connections were encouraged by his Cheltenham effort.

Pat Fahy's charge really sprang to prominence with a Grade Two Hilly Way Chase win at Cork in December, but arrived at the festival last week off the back of a fall at Leopardstown in February.

As a 25/1 chance Castlegrace Paddy got himself back on track, with a finish less than twenty lengths off the mighty Altior, and once conditions are back in his favour, the eight-year-old is expected to progress further.

"Seeing as he didn't come up the hill as well as it looked like he was going to we might now stick to a flat track like he had at Cork for the Hilly Way," said owner Clipper Logistics Group racing manager Joe Foley.

"We're going to consider Aintree (for the JLT, registered as the Melling Chase) for him. Hopefully we'll get a bit of rain. He needs soft ground. We feel he needs two miles, a flat track, and soft/heavy ground. They are his optimum conditions.

"Hopefully Altior will go somewhere else and we'll see how he gets on there. I'd say that might be it for the year then — because he's performed below par at Punchestown at the festival twice.

"He's quite an allergic horse. When you get into the spring he tends to disappoint.

"He was impressive in the Hilly Way when he was nice and fresh and able to dominate. The ground was too fast for him at Christmas but he ran very well in the Grade One.

"He was lucky not to hurt himself badly when he fell at the Dublin Racing Festival.

"The softish tacky ground only half suited him at Cheltenham so you could say that once he's gotten his ground he's been useful."

Reflecting on the Cheltenham run Foley observed: "He cruised away and jumped away great. Davy (Russell) got a great spin off him and was delighted with him.

"Considering the bad fall he took at Leopardstown on his previous run we were delighted with the way he jumped.

"He travelled great down the hill but he just didn't quite come up the hill as good as we would have liked. It was a promising run all told though."